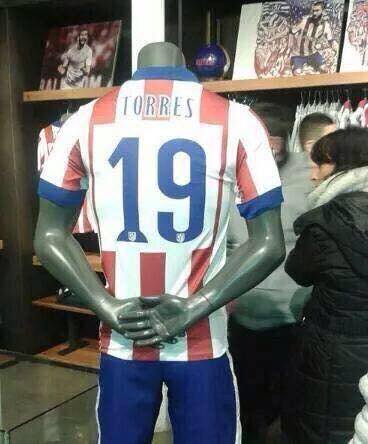 Fernando Torres’ shirt has gone on sale in Atletico Madrid. The Chelsea star who was sent on a two year loan deal to Italian side AC Milan will now play in his boyhood and home club after failing to impress for the Rossoneri.

His shirts are already being sold in the club shop.

Torres’ carer has gone downhill ever since he left Liverpool to sign for Chelsea in what was a record British transfer deal. The Spaniard was sent on loan to AC Milan in the summer after it was believed that he has no future under Jose Mourinho. return to Liverpool was also touted in January but Torres will now make an emotional return to his boyhood club.

However, one question remains, can Diego Simeone resurrect his sliding career?