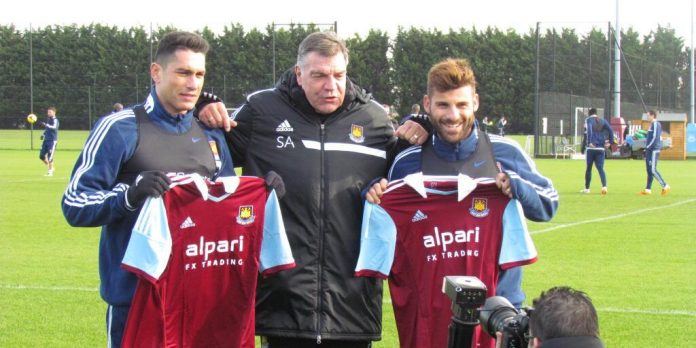 West Ham have signed Italian duo Marco Borriello and Antonio Nocerino on loan for the remainder of the season, and manager Sam Allardyce was on hand today to present the pair to the media at their first Hammers training session. 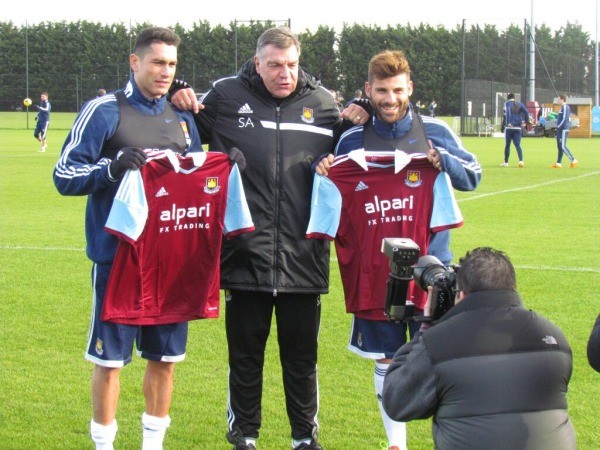 Allardyce has made a habit of signing international stars for his sides, and many will remember the likes of Youri Djorkaeff, Fernando Hierro and Ivan Campo all turning out for Bolton during Big Sam’s tenure there.

Striker Borrelio has earned seven caps for Italy, and joins from Serie A side Roma, while midfielder Nocernio has appeared 15 times for the Azzurri, and makes the move to East London from AC Milan.

They both join the Hammers in their relegation fight, with the club currently 18th in the Premier League.

What do you think? Will this Italian influx save West Ham from the drop? Let me know in the comments below…