There are going to be many decisions to decide the outcome of the Champions League semi-final between Bayern Munich and Real Madrid on Tuesday night, and there may be none more important than where Guardiola decides to play Philipp Lahm. 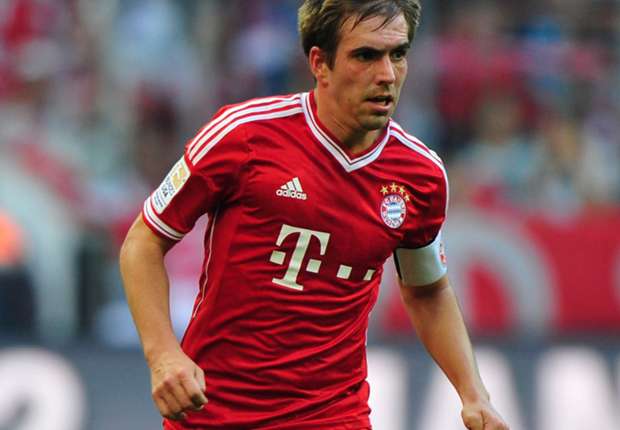 The German captain has undergone a renaissance since Pep Guardiola arrived in Munich, leaving his spot at right-back for a holding midfield position just in front of the back four as Guardiola’s anchor-man. The transition has been seamless, as Lahm has shown that he is not only a world-class right-back, but a world-class footballer.

Lahm has been the engine keeping Guardiola’s system running smoothly, intelligently cycling possession and initiating attacks with no more than one or two-touch passing, he has been as important to Guardiola at Bayern as Busquets was to him at Barcelona.

However, the problem with moving the best right-back in the world into the midfield is that any replacement is going to be a substantial drop in quality. This was evident in the first-leg against Real Madrid when the right-back Rafinha was exploited several times down Bayern’s right-flank, including in the build-up that lead to the winning goal for Madrid. Rafinha is a typical Brazilian wing-back, excellent in getting up and down the touch-line all game long (especially in attack) but can be vulnerable when left to defend one-on-one. It seems obvious that Guardiola would put Lahm back into his old position for the second-leg, but it may not be that simple.

The problem for Guardiola is that while Lahm could better defend against the threat of Cristiano Ronaldo on the wing, he may be best served in the midfield where he can control the game as Bayern have to chase a goal. One of the options for Guardiola would be to put Lahm back into his right-back position with Javi Martinez stepping into the holding role alongside Schweinsteiger to offer better protection against Madrid’s counter-attacks, but neither possess the same ability to dictate the game from the holding-midfield position that Lahm does. With Madrid likely going with a similar approach to the one used at the Bernabeu, Lahm, if played in the midfield, would have time on the ball to orchestrate Bayern’s attacks and control the pace of the game. The problem, is that it would once again leave Rafinha with little help to deal with Ronaldo.

Guardiola will be looking to push forward even more players than he did in the first-leg, which means Bayern will be even more exposed to Madrid’s athleticism on the break. The conundrum is whether Guardiola wants to utilise his captain’s defensive ability in an attempt to stifle Ronaldo, or if he thinks he will be more valuable in the midfield where he has shown an exceptional ability to carry out his system. It is the type of subtle decision where ties can be won or lost, and Guardiola has the trophy case to show how often he gets them right.