Paul Pogba is all set to be confirmed as a Manchester United player.

According to reliable reports from France, Juventus have agreed to let their star player leave this summer.

Manchester United have agreed to pay 120 million Euros for their former academy graduate and the player has already agreed personal terms.

The Juventus midfielder will sign a five year contract at Old Trafford which will see him earn 12 million Euros per season. 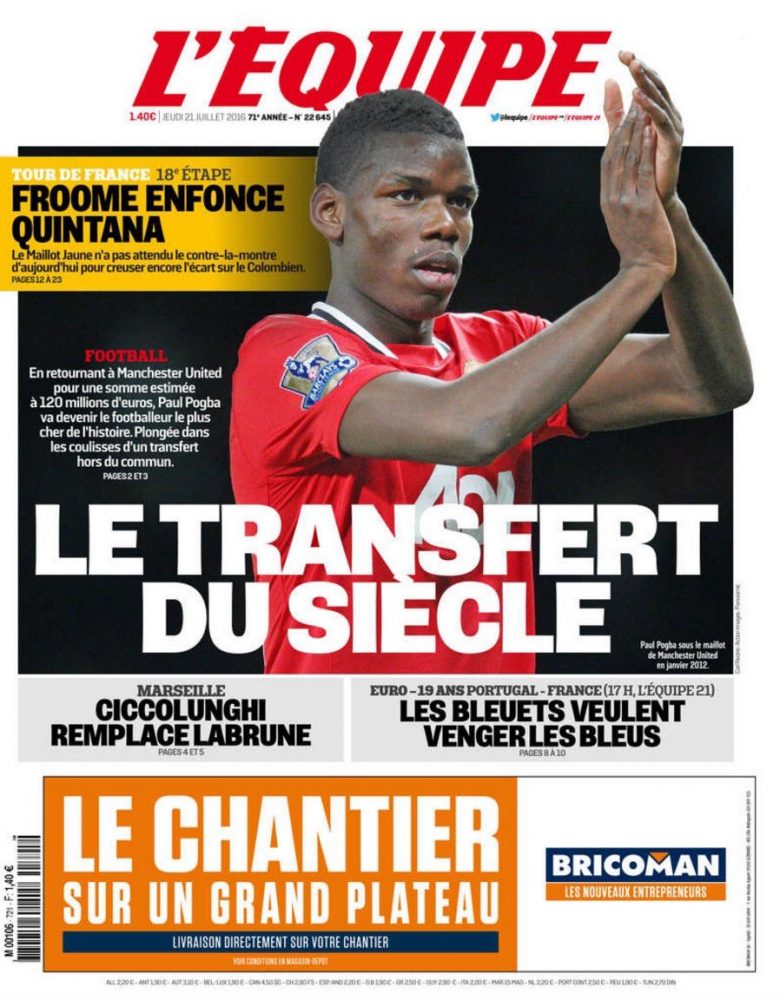 Pogba joined Juventus for free a few years ago and has scored 34 goals and registered 43 assists in 178 games for the Italian champions so far.

Pogba’s transfer to Manchester United is not only a world record move in terms of fee paid, it will also be the highest amount of profit made on a player by any club in the history of the game.

Italian media add that a clause in Pogba’s contract will see him pocket 25% of the fee (20 million Euros) and Juventus will get the remaining amount (100 million Euros).

Daily Record also back up these claims and add that the transfer should be confirmed by Sunday. Juventus are apparently confident that the move will be sealed by the weekend.

The 23 year old will be the third big name signing at Manchester United this summer after the likes of Ibrahimovic and Mkhitaryan.