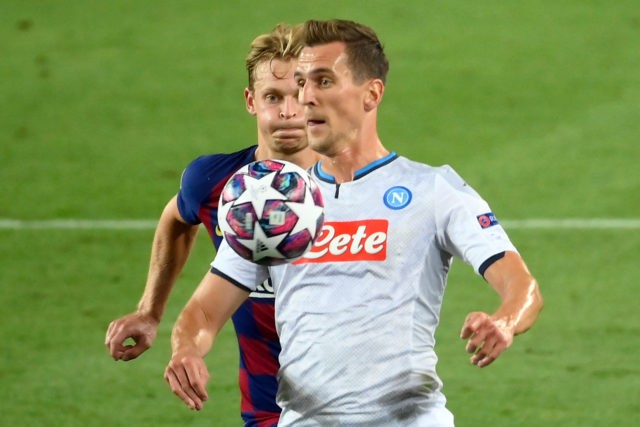 Despite signing a striker on loan in the summer transfer window, it seems Tottenham Hotspur boss Jose Mourinho is still looking to add another forward to his ranks in January.

Spurs recovered brilliantly from their opening day defeat against Everton, and have won six of their last eight, dropping points against West Ham and Newcastle United.

Their impressive form has seen them move to the top of the Premier League table, where they are ahead of champions Liverpool on goal difference.

In order to successfully mount a title challenge, Mourinho could delve into the transfer market once again, and signing a striker could be one on his priorities.

Carlo Vinicius joined in the summer on a season-long loan, and although he has impressed in the Europa League, his slow start to life at his new club gives the impression that Harry Kane may need help up front.

Earlier this week, Spurs were linked with a move for Mainz striker Jean-Philippe Mateta, according to reports from Calciomercato.

The 23-year-old has been in fantastic form for the German club, having scored 10 goals in nine games, including two hat-tricks already.

Spurs and Napoli are keeping tabs on the forward who was looking to leave Mainz in the summer transfer window. He has a contract at the club till 2023, and although no fee has been mentioned, Mainz are not expected to lose him cheaply.

The north London club were heavily interested in signing the Polish striker this summer, but the deal didn’t materialise in the end.

He looks set to leave Napoli in January after he was omitted from the Serie A and Europa League squads. As a result, he has not played a single minute for the club and could be available on the cheap with his contract expiring in the summer.

Everton are reportedly looking to seize the opportunity with Carlo Ancelotti ready to go back to his former club Napoli to secure the signature. The Italian outfit are ready to sell him for just £10m (or could be less), and Spurs must reignite their interest in him.

Spurs already have Vinicius in their ranks, and signing another young talented striker is not what Mourinho should be looking at. They need an experienced and proven goalscorer (34 goals across the 2018/19 and 2019/20 seasons), who can make a significant contribution this season, and Milik fits the bill more than Mateta in that respect.

He is a powerful striker who is desperate to get his career back on track. With his quality and experience, he can provide Spurs with the added firepower they need to challenge Liverpool for the title.