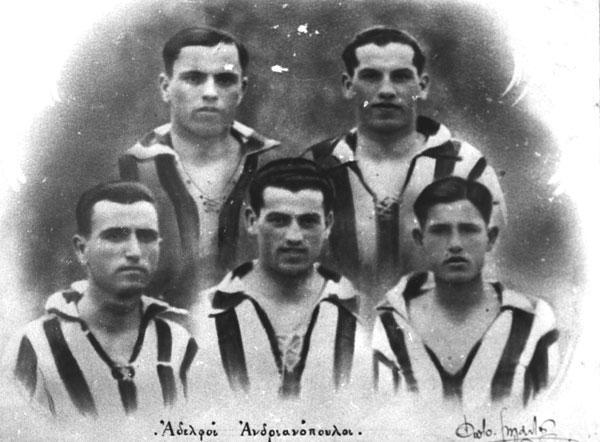 On this day in 1905, Chelsea Football Club was founded at the Rising Sun pub in Fulham, London.

Since there was already a club called Fulham, founder Gus Mears decided to name his new club after the Metropolitan Borough of Chelsea. Mears had bought the Stamford Bridge Athletics Ground from the London Athletics Club in 1896. He along with his brother Joseph Mears had ambitions to turn it into a state-of-the-art football stadium and initially wanted to host Fulham at the ground. The Cottagers refused the generous offer and the two brothers went on to form their own football club.

Chelsea joined the Football League in May that year and the rest as they say, is history. The Blues have gone on to become one of the most successful clubs in England, particularly in the Premier League era. As of 2018, Chelsea have won six league titles, seven FA Cups and a UEFA Champions League among other honours.

On this day in 1925, Greek club Olympiacos was founded after the merger of two existing clubs.

The club came to existence after members of Piraikos Podosfairikos Omilos FC and Piraeus Fans Club FC decided to fold their clubs to unite as one. The name Olympiacos was coined by Notis Kamperos, a senior officer in the Hellenic Navy. Olympiacos were endorsed by several notable members of the Athenian society which included industrialists, government officials and lawyers.

Olympiacos were put on the map of Greek football by the five brothers Yiannis, Dinos, Glorgos, Vassilis and Leonidas Andrianopoulos (pictured above).  The five brothers formed the spine of the Olympiacos attack and their reputation reached an almost mythical status in the club’s history.

Since 1925, Olympiacos have won the Greek top flight a record 44 times and the Greek Cup a record 27 times.

On this day in 1971, Cardiff City recorded one of their biggest ever wins after beating Real Madrid in a Cup Winners’ Cup tie.

Played at Ninian Park in front of a 50,000 strong crowd, a Brian Clark header was all it took to beat the Spanish giants in the first leg of the quarter-final to register a memorable day in Cardiff’s history. Unfortunately, Cardiff lost 2-0 at the Santiago Bernabeu in the second leg and were ousted from the tournament.

Real went on to the final only to lose against Chelsea.