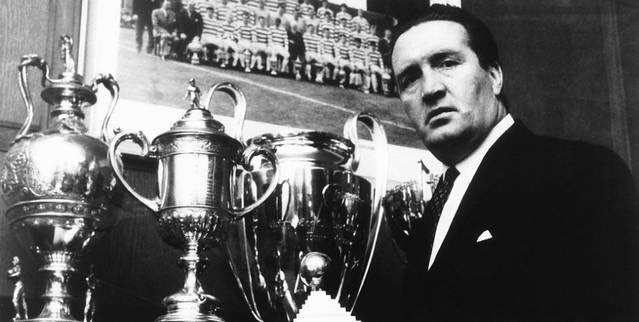 On this day in 1985, former Celtic and Scotland legend Jock Stein passed away at the end of Scotland’s 1-1 draw against Wales in a World Cup qualifier at Ninian Park in Cardiff.

Played in front of nearly 40,000 fans, this was the two countries 101st meeting at the international stage – a run of games that stretched back to 1876. Stein was 62 and under a lot of pressure. The former Celtic manager took on the Scotland job in 1978 and guided them to the 1982 World Cup in Spain. But there had been little success elsewhere. The Scots failed to qualify for the European Championships twice under his tutelage.

Qualifying for the 1986 World Cup was paramount. Stein himself admitted that he would step down from his post if Scotland fail to reach the finals in Mexico.

The game at Ninian Park began under the backdrop of the tragic Heysel Disaster that took place in May that year. English football clubs were already banned from European competitions. And Prime Minister Margaret Thatcher made sure that crowd trouble at any football stadium in Britain would be dealt severely.

Mark Hughes put Wales ahead after just 13 minutes. But with nine minutes remaining, and Scotland in dire need of a result, a penalty was awarded to Stein’s men. Rangers winger Dave Cooper slotted home the ball securing a 1-1 draw for Scotland.

Stein suffered a heart-attack at the end of the game and passed away in the stadium’s medical room.

The Scots did qualify for the World Cup after dispatching Australia in a play-off. But the cloud of sadness still lingered.

“We’d rather be out of the World Cup and have Big Jock back.”