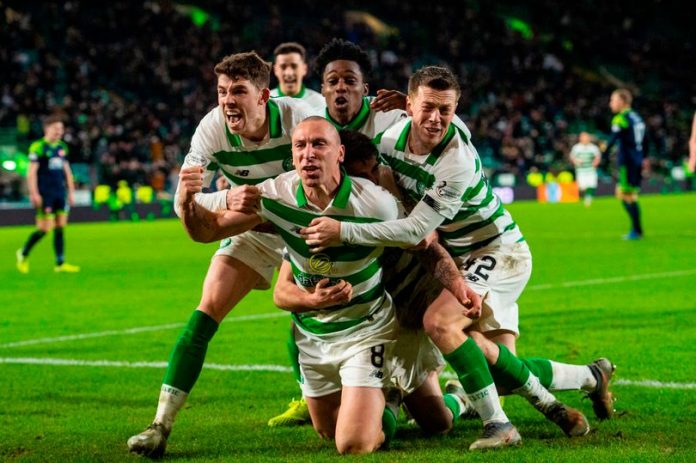 Celtic picked up a 2-1 win against Hamilton in the Scottish Premiership yesterday.

The Hoops are at the top of the table after the win and manager Neil Lennon lavishes praise on Scott Brown for his injury time winner.

The Celtic ace put in a tremendous shift and managed to score the vital goal in the end.

Brown has had his fair share of criticism in the recent times because of his dip in form. However, his showing last night will have silenced some of his critics.

Despite his age, he is still an asset for Celtic and there is a lot more to come from the veteran midfield.

Lennon revealed that Brown is an inspiration for his teammates and he is a brilliant player.

The midfielder will be delighted to hear these comments from his manager and he will be looking to build on his performance now.

Brown will want to guide Celtic to more trophies this season. The Hoops are well placed to defend their domestic crown and they have done well in Europe so far.