Miller criticises Griffiths and does not mince his words 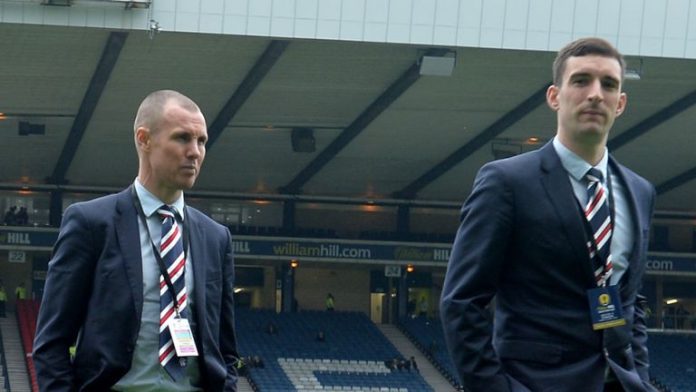 The Celtic centre-forward pulled out of the squad to work on his fitness, but Miller believes there were alternate options that Griffiths ignored. He added that players shouldn’t “pick and choose” when they want to represent their country.

The former Wolves, Celtic and Rangers striker said on BBC Sportsound: “I’m sure you could speak to the sports scientists or the coaches with the Scotland team. If you want to do extra work, you do the extra work that can help you get fitter. “But for me, you don’t pick and choose.

“You don’t just turn up when you’re getting the game time you’d expect. You turn up to support the team if you’re not playing, give the team whatever you can if you are playing. I understand that he might feel he’s not at his best. But, for me, you don’t pick and choose when you play for your national team.”

Miller made 70 appearances for Scotland, scoring 18 goals before retiring from international football in August 2013. The 38-year-old is sixth on the all-time list of Scotland goalscorers. Griffiths is ten years his junior but has made only 19 appearances and scored four goals.

He was dropped by Alex McLeish for Scotland’s 2-0 win over Albania in September and was publicly unhappy with the decision. He would have likely been on the bench against Israel in Thursday’s Nations League clash but has instead opted against being in the team which could have consequences.

Scotland started strongly in the National League, picking up three points from their opening game, and will fancy their chances against an Israel side who lost their first outing to Albania.