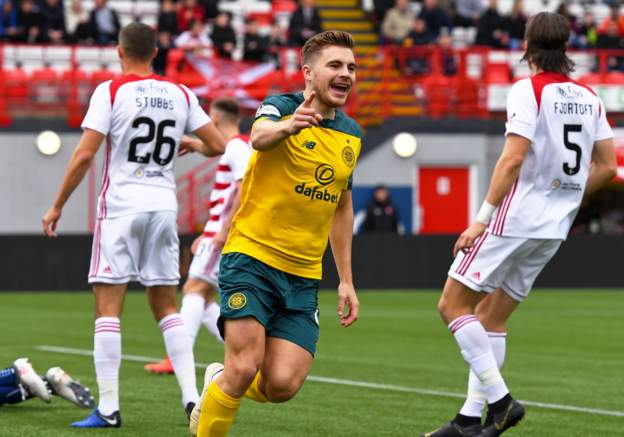 Celtic maintained their 100% start to the 2019-20 Scottish Premiership campaign with a 1-0 win against Hamilton Academical on Saturday.

James Forrest scored an early goal for the visitor, and it proved to be enough for the Bhoys to pick up all three points from the game.

Celtic have now won their fifth Scottish Premiership game, and have taken a six-point lead over Rangers, who will face Livington later today.

Former Scotland player turned football pundit Michael Stewart was covering the game for BBC Sport. He summed up the performances of the two teams:

“In the first half, Celtic were dominant. They got into their groove early but didn’t test Fon Williams enough. At half-time, Brian Rice has told Hamilton to get tighter and it knocked Celtic off their rhythm. But, equally, there were not many moments where Celtic goalkeeper Fraser Foster was tested.”

Stewart is absolutely spot on with his observation. Celtic enjoyed 73% of possession during the game and registered 12 shots.

Debutant Mohamed Elyounoussi made a strong impact and it was from his cross Forrest scored in the first half.

In the second half, Hamilton made life difficult for the Hoops with their compact approach. However, they didn’t create enough good chances and Celtic never looked like they were under huge pressure.