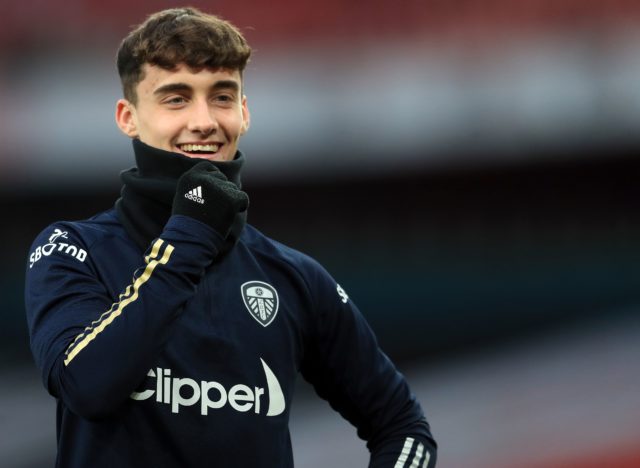 Niall Huggins made his senior debut for Leeds United in the 4-2 defeat against Arsenal in the Premier League on Sunday.

The Whites were poor defensively in the first half as they went down 3-0 by the break.

After Mikel Arteta’s side went 4-0 up, with Pierre-Emerick Aubameyang completing a hat-trick, Huggins was brought on for his professional debut in the 53rd minute, replacing Gjanni Alioksi.

The 20-year-old versatile young player put in a solid performance that inspired Leeds to make a strong comeback with goals coming from Pascal Struijk and Helder Costa.

Bielsa said after the game, as quoted by Leeds Live:

“The absences of Kalvin, Koch, Llorente, Poveda, Moreno, we are prepared to resolve them. I insist that Pascal, Ayling and Shackleton resolved well with these absences.

“It’s very difficult and unfair on a young player like Niall to come into the game in these circumstances where we’re losing 4-0 and to participate in trying to get us back into the game. Had a balanced game. He didn’t shine, but did not do anything bad either.”

Huggins is a highly-rated young talent who has featured as an unused sub in games against Tottenham Hotspur, Everton and Crystal Palace before making his full debut against the Gunners at the Emirates.

He has been constantly performing well for the Leeds under-23 side this season, and the future looks very bright for him.

The full-back penned a contract at the club until 2023, and he can expect to get more first-team appearances going forward with several key Leeds players missing through injury.