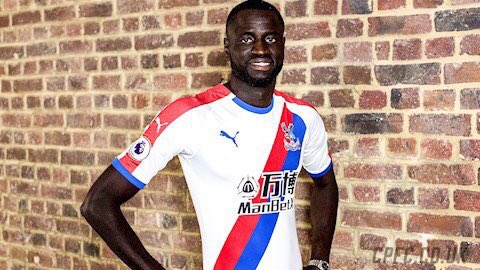 Palace confirmed the signing of Kouyate from the Hammers yesterday as Roy Hodgson is stepping up to shape his squad ahead of the new season.

The Senegal midfielder passed his medical on Wednesday after he agreed personal terms on a four-year contract.

Lanzini has described his former teammate as ‘the cat of Africa’ and said it was a pleasure playing alongside him. He wrote on Twitter:

Chekito, it’s been a pleasure playing with you. I wish you all the best on your new adventure, hoping that time brings us together again brother!!! The cat of Africa ???

We all love you ? pic.twitter.com/yuAPMecKYZ

According to reports from The Guardian, Crystal Palace have paid a fee in the region of £9.5m plus £1.5m in add-ons to secure his services.

He spent four seasons at the London club after joining from Anderlecht in 2014. Kouyate is a fine player and he will provide competition in midfield following the departures of Yohan Cabaye and Chelsea loanee Ruben Loftus-Cheek.

Palace are also close to signing Jordan Ayew from Swansea City, and are also looking to wrap up the deal for German international Max Meyer.