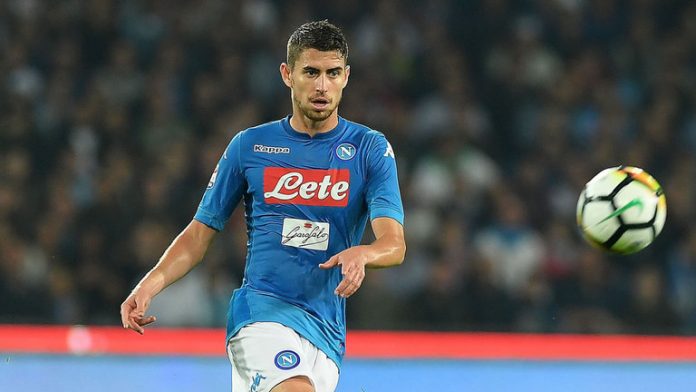 Manchester United are eager to beat Liverpool to the signing of Napoli midfielder Jorginho.

The Brazilian-born star was in the starting XI for Italy for their friendly against Argentina in Manchester on Friday and he is expected to figure against England at Wembley next Tuesday.

Liverpool have been strongly linked with a move for the 26-year-old, but Italian media outlet Calciomercato has claimed United are ready to outbid their North West rivals for his services.

United boss Jose Mourinho is eager to strengthen his squad and a proposed salary offer of £70,000 per week potentially makes them favourites to sign Jorginho.

The success of Brazilians Philippe Coutinho and Roberto Firmino at Anfield was thought to have given the Reds the edge in the race to sign Jorginho, but United now appear to be in pole position to sign the midfielder.

Jorginho is a long term target for Liverpool, having been on their radar when Brendan Rodgers was manager. He signed for Napoli in January 2014 and he has gone on to play more than 150 games for the club.

The midfielder would be an excellent addition alongside Nemanja Matic and the pair would provide a platform for Mourinho to get the best out of Paul Pogba.