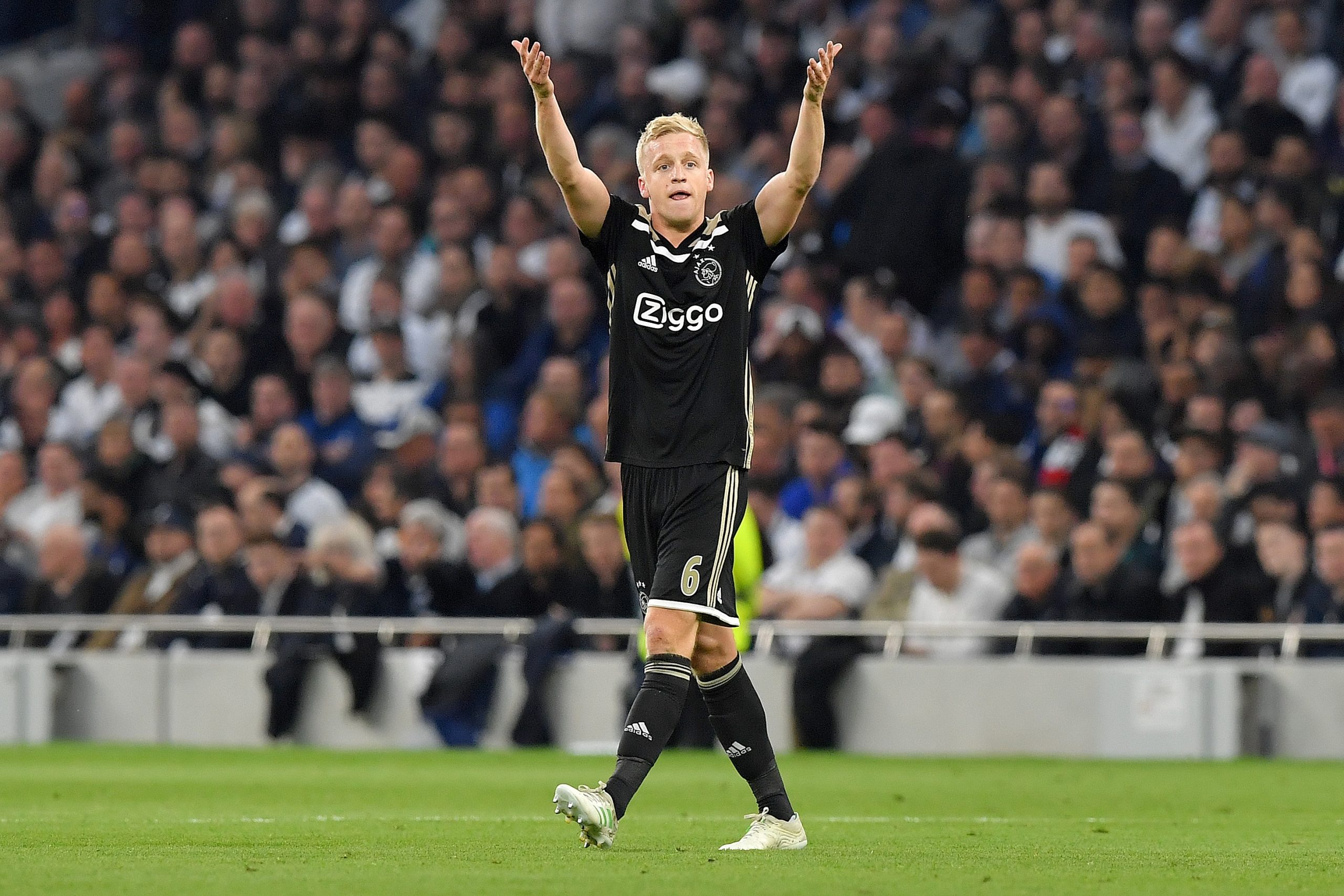 The Dutchman has been in fantastic form for Ajax and he seems ready to make the step up to the Premier League this summer.

Van de Beek has been linked with Barcelona and Tottenham as well. It will be interesting to see if Manchester United can fend off the competition & sign the midfielder in the coming weeks now.

According to reports from ESPN, the Red Devils are now favourites to sign the 23-year-old.

Van de Beek would be a tremendous addition to Manchester United’s midfield next season. He will add some much-needed goals and creativity to the side.

The Ajax midfielder picked up 14 goals and seven assists last season and he could form a formidable midfield partnership with Pogba and Bruno Fernandes.

Manchester United will be hoping to challenge for the Premier League title next season and they will need players like van de Beek to match up to Liverpool and Manchester City.

The Red Devils should have no problems convincing the player with the kind of resources they have. It remains to be seen if they can finalise an agreement his club now.