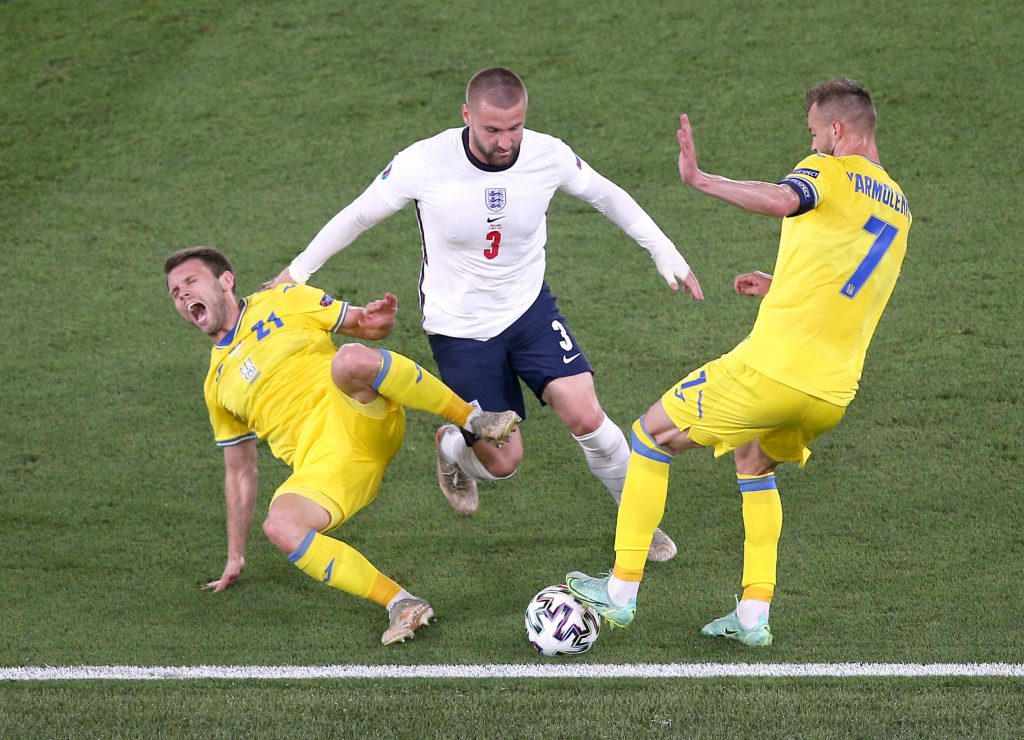 A selection of Manchester United fans on Twitter heaped praise on Luke Shaw’s performances during England’s 4-0 triumph over Ukraine at Euro 2020.

The Three Lions eased to a comfortable win at Stadio Olimpico last night. Harry Kane bagged a brace while Harry Maguire and Jordan Henderson also found the back of the net.

There were many stand-out performers in the game and Shaw was one of them, who caught the eye with a terrific all-round display for the Three Lions.

The United left-back produced two delightful assists within minutes after the interval. He created three key chances and delivered all his crosses attempted.

He has earned plenty of praise from several quarters, and some of the United faithful have also joined in to appreciate the 25-year-old’s display.

Its not just the level that Shaw can reach that is impressive, it's the consistency at which he does it. His level week in, week out is amazing. Best LB in the world.

Luke Shaw has been player of the tournament at the Euros.

Luke Shaw is the best left back in the world

There is no debate

Shaw had previously struggled to find consistency at club level. Earlier last summer, the Red Devils brought in Alex Telles to provide competition for him.

The move proved a blessing in disguise as the Southampton graduate upped his game. He was one of United’s most improved players last season.

The £150,000-a-week star has carried over his fine to England duty and has shown his class over the past two matches against Germany and Ukraine with three assists.

He has two years left on his United contract. It won’t come as a surprise if the hierarchy open negotiations over a new deal immediately after the tournament.