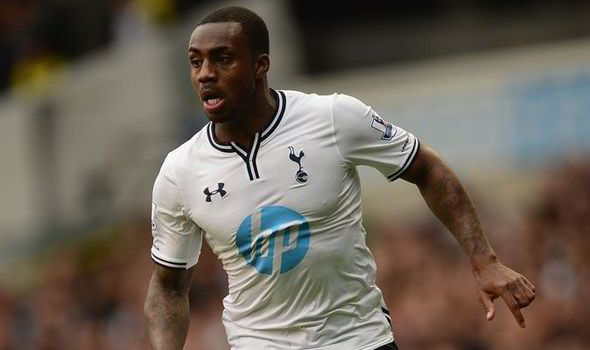 According to The Sun, Manchester United are considering making a £50m bid to sign Tottenham Hotspur defender Danny Rose.

The English left-back has returned to training after a lengthy knee injury suffered in January, and with six more weeks until the transfer window opens, Rose should be in good enough condition to feature in the second half of the season.

As a result, United manager Jose Mourinho is reportedly keen on his signature to solve his long-standing left-back problem. Ashley Young, Daley Blind and Matteo Darmian have so far shared the responsibility in the Premier League this season, while natural left-back Luke Shaw continues to miss out.

Rose won’t come cheap, however. He’s one of the best left-backs money can buy, but Manchester United may have to pay £50m to sign him. Tottenham have tied the 27-year-old down for four more years so they are in no rush to sell.

So, if they let the left-back leave this season, it can be for a lofty asking price. Rose had made grievances about the wage structure at the club, and The Sun believe his omission from the team’s annual calendar is a clue that he could be allowed to exit.

Mourinho is looking for a left-back who is deadly in the final third, as well as combative at the back. Rose certainly fits the bill, having shone for club and country before his injury, but it’s unknown if he’s willing to join United or if he’s happy to stay at Spurs and fight for his place.