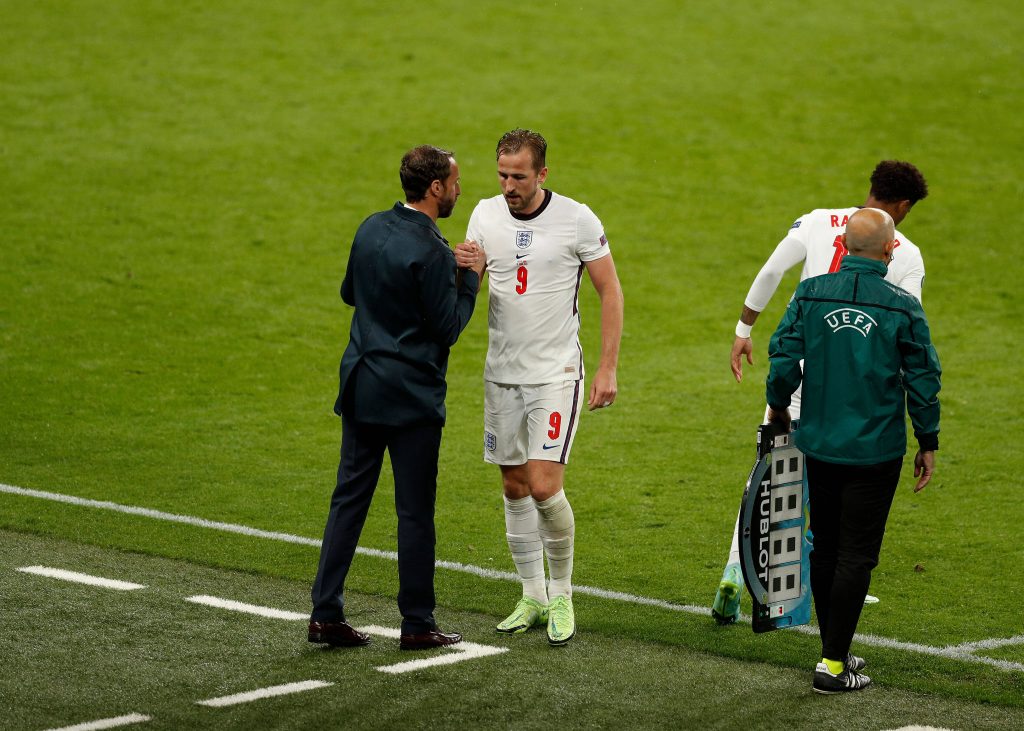 The Cityzens are searching for a new striker after the departure of Sergio Aguero, and Kane is reportedly the top target on their wishlist.

Spurs chairman wants around £150 million to consider the prospect of selling Kane, but the English champions are unlikely to meet the valuation.

They are concerned over his ankle injury concerns over the past few years and plan to propose a £100m take-it-or-leave-it bid for the marksman.

The 27-year-old had his best-ever campaign with Spurs last term, registering a stunning tally of 33 goals and 17 assists from 49 appearances in all competitions.

However, he has failed to carry over the form to the European Championships, failing to register a shot on target in successive games for England.

The Cityzens will have monitored his recent form for the national team, and they are wary of spending over the odds for his signature this summer.

Spurs are in a strong position to keep Kane with three years left on his contract, but they will be aware that he wants to move on.

It appears the right time to cash in on his services from a financial perspective, but it could have huge implications on next season’s league campaign.

Despite Kane’s sublime form, Spurs only finished seventh in the standings last season, and losing him would leave a huge void in the club’s attack.