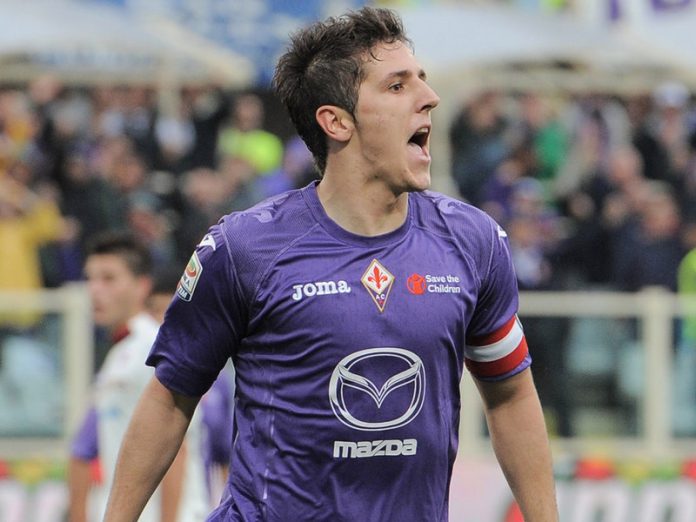 Manchester City have confirmed the signing of Fiorentina forward Stevan Jovetic for a fee said to be around £22M. The Montenegro international signed a three-year deal with the Premier League runners-up.

City manager Manuel Pellegrini has expressed his delight in signing a player so heavily coveted. The 59-year old Chilean previously enquired about the forward during his time in charge of Malaga, but a deal failed to materialise.

Jovetic, 23, is said to be excited for a new challenge next season. He cited how the club’s aspirations to be the best in England and Europe were deciding factors upon his move. In Serie A, Jovetic enjoyed a prolific spell for his former side – scoring 13 goals in 31 games this season.

He’s represented his country on 27 occasions, scoring 10 goals. He last featured for the side in June.

Manchester City have been keen to bolster their attacking options, after the sale of Italian striker Mario Balotelli to AC Milan in January, and Carlos Tevez to Serie A champions Juventus. With Edin Dzeko and Sergio Aguero the only remaining senior strikers left in the squad this summer, the Citizens were desperate for new recruits.

Steven Jovetic has been regarded as a skilful player who is a sharp finisher. The 23-year old prefers to play just behind the striker, but there is no word from the Mancester City camp where he will fit in with the side.

After two of City’s previous transfer targets (Edinson Cavani and Radamel Falcao) chose to join France Ligue One sides Paris Saint-Germain and AS Monaco respectively, the Sky Blues feared they wouldn’t secure any of their preferred transfer targets.

However, with Negredo joining Jovetic as two of the side’s newest faces, the fans must be delighted with the club securing recognised European talent in which to mount a title challenge next season.