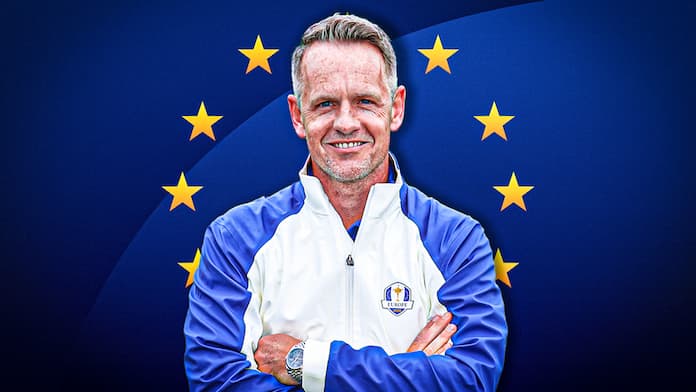 Former Europe Ryder Cup player and former world number one, Luke Donald, has pledged his loyalty to Europe and has replaced Henrik Stenson as the Ryder Cup Captain for Rome 2023.

Stenson was sacked as the captain due to defecting to the LIV Golf Invitational Series, winning his debut appearance at LIV Bedminster last week at Trump National Golf Club. Luke Donald will now lead Europe in their quest to regain the Ryder Cup from the United States in Rome 2023.

After Stenson’s move to LIV Golf, former world number one and multiple time Ryder Cup player, Luke Donald, has been named the new Europe captain for the 2023 Ryder Cup in Rome.

Donald is the first English Ryder Cup captain since Sir Nick Faldo, who captained the losing 2008 European Ryder Cup side. There were a few names in contention, but Donald topped the lot and was named the new Ryder Cup captain for Europe on Monday.

The new captain played in four Ryder Cup’s from 2004 to 2012, and was on the winning side on every occasion. It is clear that Donald has some great experience, and was a perfect fit to replace Henrik Stenson as the 2023 Europe Ryder Cup captain.

The 44-year-old tweeted this after being announced as the new captain:

So excited and truly honoured to be named European Ryder Cup Captain, I’m really looking forward to the next 14 months & getting my team ready for Rome. pic.twitter.com/KnqaLxpfL1

Donald was an assistant to Thomas Bjorn in Paris four years ago at the 2018 Ryder Cup, the last time Europe triumphed in the Ryder Cup. The Englishman was and also part of the backroom team led by Padraig Harrington in the record 19-9 defeat at Whistling Straits in the 2021 Ryder Cup.

Donald won 17 professional golf tournament in his career, including seven events on the European Tour. Donald also spent 56 weeks at the top of golf’s world rankings.

This means that Zach Johnson, the 2023 USA Ryder Cup captain, has a new foe to compete against at the stellar golf event in Rome next year.

Why Was Henrik Stenson Stripped of Ryder Cup Captaincy?

The Swede was stripped of his captaincy after just 127 days in the job, having defected to the LIV Golf Invitational Series, alongside other European golfers such as Ian Poulter, Lee Westwood and Sergio Garcia.

It is unlikely that The Europe Ryder Cup team let the likes of Westwood, Poulter and Garcia compete in the 2023 Ryder Cup, due to leaving the PGA Tour and DP World Tour and heading to the new Saudi-funded golf league.

Stenson lifted an incredible £3.3m for winning this even, which shows just how much money is floating about LIV Golf and how a lot of the best professional golfers in the world are changing their allegiance and heading to LIV Golf.