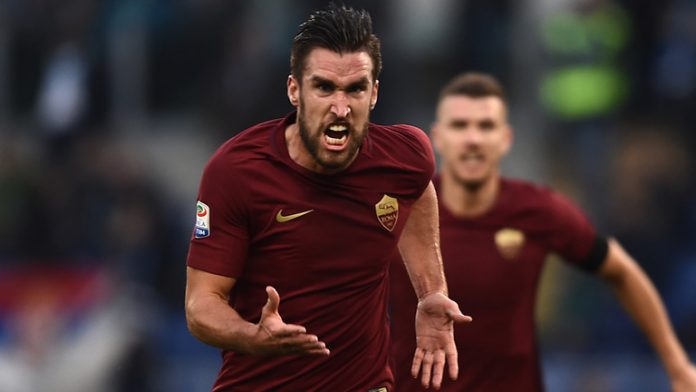 Liverpool have been linked with a move for Roma midfielder Kevin Strootman.

The 28-year-old’s release clause is believed to have dropped to just £28 million this summer and Italian media outlet Calciomercato has claimed that the Premier League club will rival Inter Milan for his services.

Strootman played for Sparta Rotterdam, Utrecht and PSV Eindhoven before signing for Roma in 2013.

He has gone on to make 130 appearances for the Italian club in all competitions, scoring 13 goals.

Strootman made his senior international debut for the Netherlands against Austria in 2011.

He was a member of their squad at the European Championships the following year, but did not appear in any matches as the Dutch were knocked out at the group stage.

The midfielder was a regular in Louis van Gaal’s side during qualifying for the 2014 World Cup, although he missed the tournament finals due to injury.

Liverpool have already confirmed that midfielders Fabinho and Naby Keita this summer, but Strootman’s availability at just £28m is too good to ignore.

The Reds’ midfield of James Milner, Jordan Henderson and Georginio Wijnaldum were ruthlessly exposed by Real Madrid in the Champions League final and the Dutchman would be an upgrade on all of that trio.

Strootman’s game would be ideally suited to the Premier League and if Liverpool are serious about challenging for the top honours he is exactly the type of player they need.