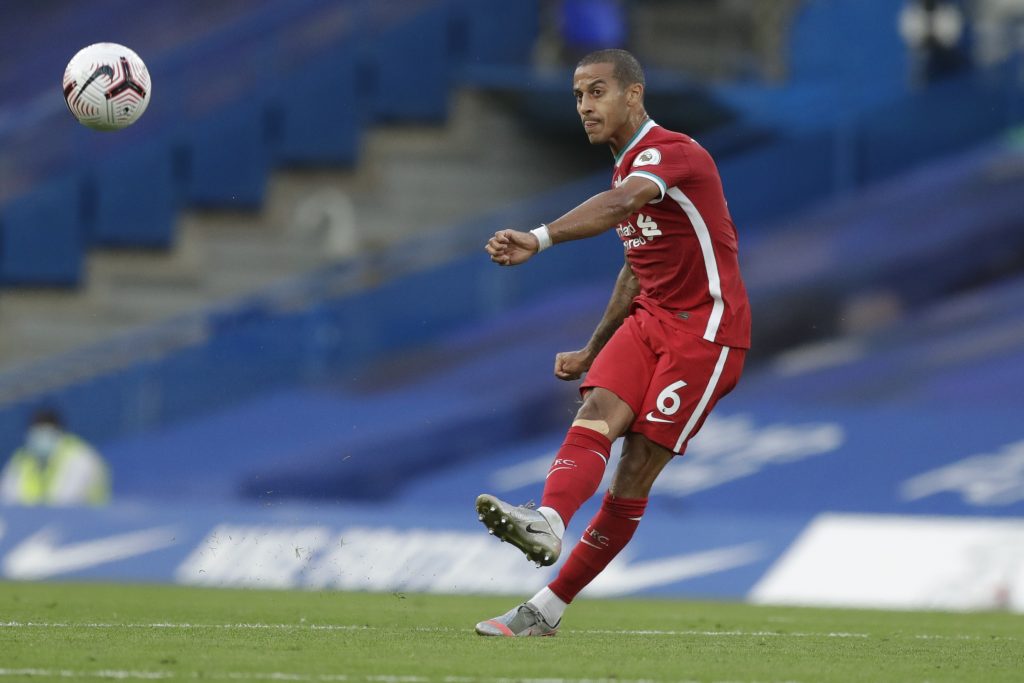 Liverpool are set to be without the Spanish midfielder Thiago Alcantara for the midweek cup game against Norwich City and this weekends Premier League game against Brentford.

.@Thiago6 will be sidelined for both of our matches this week as a result of the calf injury he sustained at the weekend.

The 29-year-old central midfielder picked up a calf injury against Crystal Palace and he is set to be sidelined for a short period of time.

The true extent of the damage is yet to be determined and the Liverpool assistant manager Pep Ljinders has confirmed that the club are awaiting the results of the scan.

Pep Lijnders says Thiago will miss this week's trips to both Norwich and Brentford #LFC
"I can’t say now how long it will take but definitely not tomorrow and not at the weekend,” he tells club site. "Let’s get the scan results back and we have a proper diagnosis."

The young attacking midfielder picked up an ankle injury against Leeds United earlier on in the season and he is set to be sidelined for several months.

The Reds will have to rely on the likes of Alex Oxlade-Chamberlain, Jordan Henderson, Fabinho, Naby Keita, James Miller and Curtis Jones for the next few matches.

Liverpool Transfers: Lack of midfield reinforcements could be costly

Liverpool lost Dutch international Georginio Wijnaldium to Paris Saint-Germain on a free transfer earlier this summer and they decided to head into the new season without signing a replacement for the Dutchman.

Jurgen Klopp’s decision to head into the new season without any midfield reinforcements continues to look like a gamble.

Although the Reds have six midfielders available right now, most of them are injury prone and the fans will be hoping for some luck on the injury front.

The likes of Oxlade-Chamberlain, Henderson and Keita have missed a significant number of games over the past year.

Liverpool have started the Premier League campaign in an impressive fashion and they are currently level on points with league leaders Chelsea.

Jurgen Klopp’s men have certainly shown that they could be one of the contenders for the Premier League title this season but the lack of depth could prove to be a major issue if injuries continue to pile up.

The Reds have enough quality at their disposal to see off Norwich City during the midweek cup game but they will be hoping that Thiago can return to action as soon as possible.