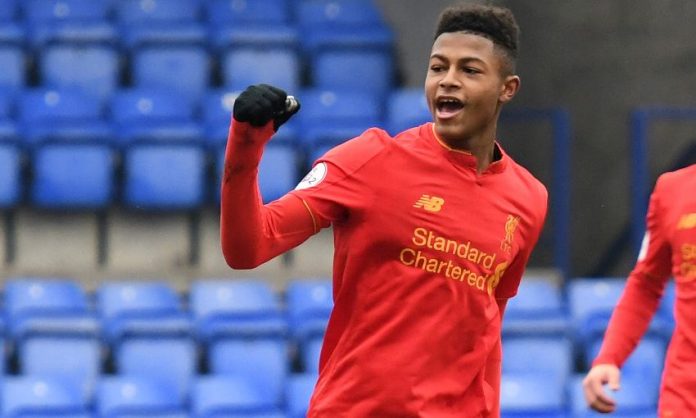 According to the Herald, Liverpool are ‘in advanced talks’ with Celtic for striker Rhian Brewster. The 18-year-old, regarded as one of the ‘best young talents in English football’, could join the Hoops on a season-long loan this summer to get competitive first-team football.

Brewster joined Liverpool from Chelsea in 2015 and has risen through the youth ranks to the fringes of the first-team. He was named in the matchday squad against Crystal Palace on April 23. The teenage striker has been in fine form for the reserves, contributing 12 goals in 11 Premier League 2 games this season, and needs a new challenge to continue his development.

Celtic could be in need of a new striker for next season too, as they could be losing Moussa Dembele and Odsonne Edouard. Dembele has been linked with a move to Liverpool, Arsenal and Chelsea in the last 12 months, while Edouard is expected to return to parent club Paris Saint-Germain this summer.

The two departures would leave Brendan Rodgers short in attack so he’s keen to inject the squad with more young talent. Brewster is believed to be happy with the temporary move to Scotland, so a deal could be completed sooner rather than later.

It’s a win-win for all parties. Liverpool give their highly-rated striker first-team football in an environment that should see him thrive while Celtic get a promising talent without paying a transfer fee.