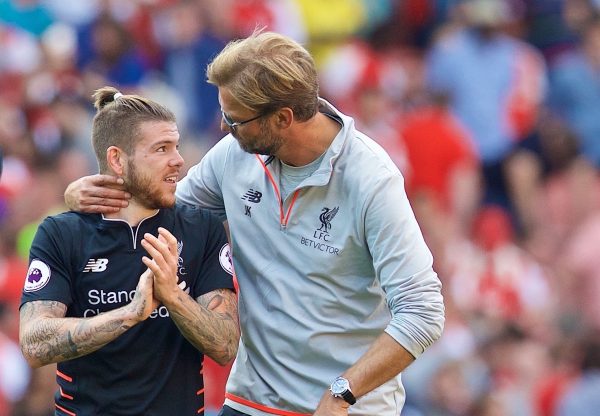 Swansea City have submitted a formal bid of £13 million to Liverpool in their attempt to sign Spanish full back Alberto Moreno, the Football Whispers claim.

Moreno was handed just two Premier League starts last season by Reds’ boss Jurgen Klopp and is reportedly dubbed as surplus to requirements at the Merseyside.

And with several clubs said to chasing him, Moreno looks poised to leave Anfield this summer while the Kops remain hopeful of making substantial profit by offloading the 24-year-old, who was initially signed for £12.5 million from Sevilla three years ago.

According to recent reports, Swansea City have tabled a £13 million bid to bring Moreno to the Liberty Stadium, although Liverpool are yet to respond to the offer. The Premier League giants have already rejected a £11 million bid from Napoli earlier this week.

In addition, Southampton and Real Sociedad have also registered their interest in signing the Spanish left back but the Swans have jumped into pole position after making a considerable offer.

Klopp utilized James Milner in the left back position last season but Liverpool are actively seeking to recruit a long-term solution to their defensive woes as they look to continue their spending spree after signing Egyptian attacker Mohamed Salah in a club record £36.9 million transfer deal.