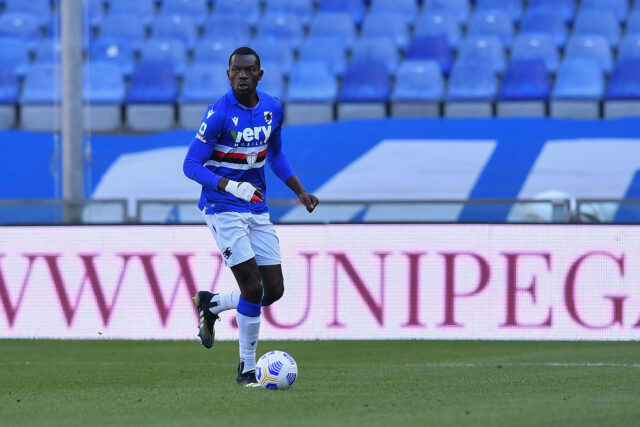 Leeds United are one of the four clubs interested in signing the 28-year-old. The Whites are likely to face strong competition from West Ham United, Fulham and Newcastle United.

The Gambia centre-back joined Sampdoria in 2018 and has hugely impressed for them over the past three years. He was linked with a move to Scottish giants Celtic last summer, but the deal didn’t materialise.

He has made 76 appearances for the Italian club in all competitions and has been a key player. He has a contract at the Serie A club until 2025, but he is expected to leave in the summer.

The report claims that the aforementioned Premier League clubs are interested in signing him, with a fee in the region of £13 million likely to be enough to secure his signature.

Leeds are looking to add more quality players to their ranks, but they are unlikely to sign a new defender this summer.

The Whites have been very unfortunate with injuries, but they have benefited from the return of Diego Llorente and Robin Koch. Pascal Struijk has impressed at the back, while Liam Cooper remains another reliable option.

West Ham could look to add a new defender in the summer, while a potential move to Fulham and Newcastle will depend on whether they stay up at the end of the season.

In other news, Barcelona are back in the hunt for Lautaro Martinez.