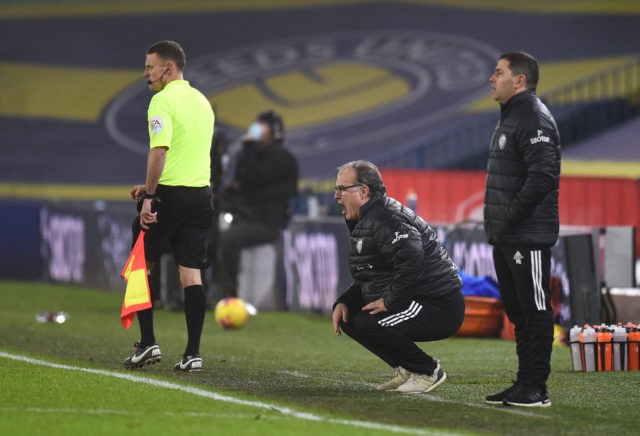 Leeds have now suffered back to back defeats in the Premier League, but they have a chance to return to winning ways in the midweek.

The Whites lost 3-1 against Chelsea and suffered a 2-1 defeat at home against West Ham on Saturday. They now face Newcastle United – who are heading into this match on the back of a 2-1 win against West Brom – on Wednesday night at Elland Road.

Leeds find themselves 14th in the Premier League, and have managed just one win at home thus far.

There have been suggestions that opposition teams have found a way to counter Leeds’s style, while some pundits have even questioned Bielsa’s odd strategy of naming his team out publicly before the match against the Hammers.

Ahead of the clash against the Magpies, Bielsa has revealed that he would refrain from naming his full team in public, as it became a major talking point last week.

The Whites boss has also confirmed that he has no fresh injury worries ahead of the match. Leeds are already without Robin Koch who is out till spring after undergoing surgery, while summer signing Diego Llorente is also out with muscle injury.

Many Leeds fans have taken to Twitter to express their reaction after Phil Hay of the Athletic relayed the summary of Bielsa’s presser.

@PhilHay_ looking to Wed, do you expect to see MB bring Struijk in as part of a back 3 vs Toon front 2 to maintain +1? Also, do you feel this rigidity in formation by Bielsa to start with essentially 3-1-3-3 or 4-1-4-1 is being anticipated by opposition teams?

It’s ridiculous that people try and make a story out of something that he’s done over the last 2 years.

So pleased he’s not naming the team, it gives away an advantage. I bet I can still name it tho!

Him not doing it this week will be a talking point

So same starting XI against Newcastle?

After an impressive start to the season, Leeds are struggling to maintain their form and consistency.

The Whites have managed just one win in their last six Premier League games, with several key first-team players like Jack Harrison and Mateusz Klich having underperformed in recent weeks.

Bielsa is loved and adored by his players and the Leeds fans. However, what has been really worrying is that Leeds are making the same mistakes (conceding from set-pieces) in almost every game, and the Argentine needs to find a way to counter the problem.