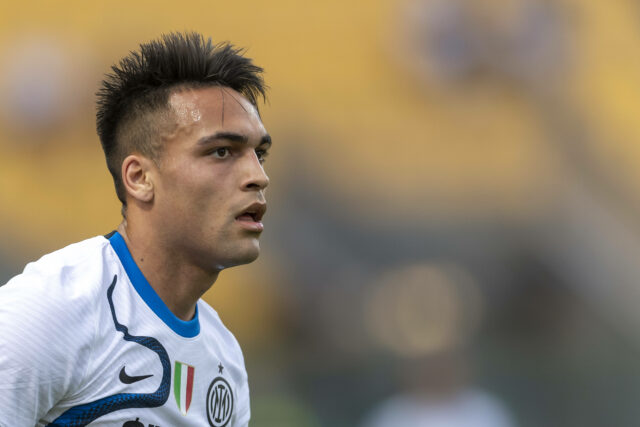 Tottenham Hotspur should do everything to secure the signing of Inter Milan striker Lautaro Martinez this summer.

The 14-times capped Argentina star would be a massive acquisition for the north London club.

Spurs are looking to bolster their forward department this summer, with the future of Harry Kane doubtful.

The England striker has been heavily linked with Manchester City, but his £150 million price tag is proving to be a major stumbling block.

We covered reports yesterday that Spurs have agreed a £60m deal with Inter for their star striker.

However, fresh reports have suggested that Inter are reluctant to lose him, with the club agreeing to sell Romelu Lukaku to his former club Chelsea.

Martinez is keen to join Spurs, where he would be united with his international teammates Giovani Lo Celso and Cristian Romero.

It won’t be easy to get the deal over the line for Martinez, but if they manage to do so, it would be a massive coup.

Martinez, who scored 19 goals and provided 11 assists for Inter last season, is not only a fantastic scorer but creates opportunities for others.

Nuno Espirito Santo will have a flexible attacking set-up to work with if Spurs sign the forward.

Martinez and Kane can play together, with both equally capable of dropping behind and creating chances.

They are also comfortable playing up front on their own.

Adding Martinez to their attacking ranks would improve them even further.