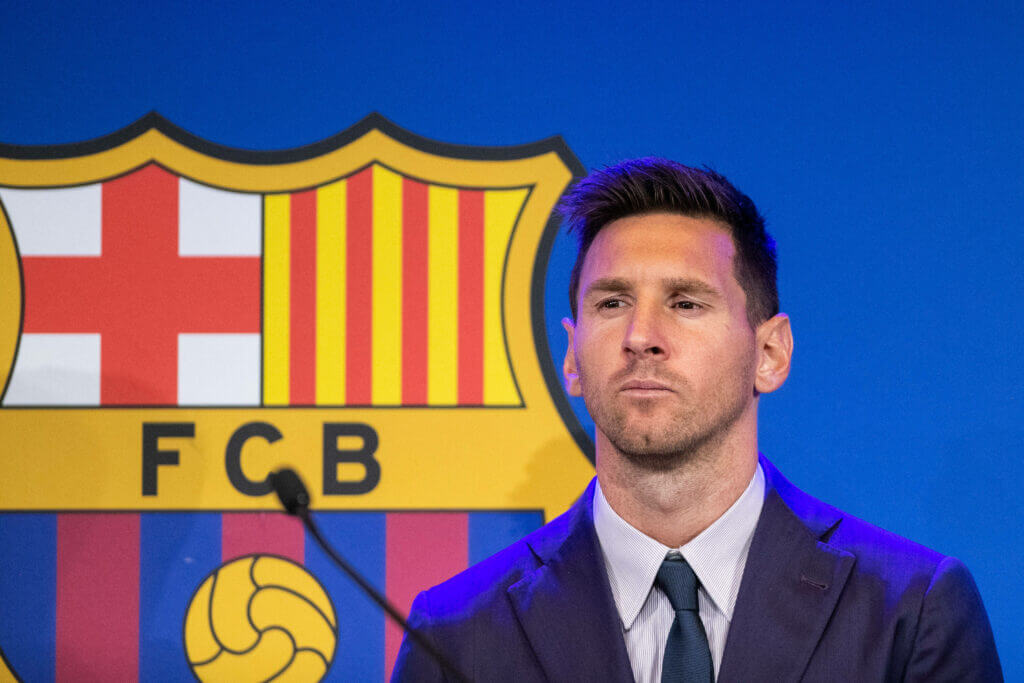 Tottenham Hotspur have made an approach to sign Lionel Messi, but he is almost certain to join Paris Saint-Germain this summer.

Messi, who is now a free agent after failing to reach an agreement with Barcelona, struggled to hold back the tears as he confirmed his departure in a press conference yesterday.

The 34-year-old, arguably one of the greatest players ever to have graced the beautiful game, has won 10 La Liga titles and four Champions League at the Catalan club.

Messi made it clear that he plans to return one day, but his agents are now trying to take him to PSG this summer.

It has been claimed by a South American journalist that Messi is also being targeted by Tottenham Hotspur.

According to ESPN reporter Diego Monroig, Spurs are one of the clubs that have offered to sign Messi.

Being mentioned by Diego Monroig that @SpursOfficial and @Atletico have made offers for Messi.

However, according to Julien Laurens, who also works for ESPN, Messi’s move to PSG is now a ‘done deal’.

The Argentine is set to undergo a medical in the next few days before putting the finishing touches on his move to France.

The potential move will see Messi reunited with his close friend, Neymar.

Spurs are showing big ambition in the transfer market, having signed Cristian Romero and Pierluigi Gollini (loan) from Atalanta and Bryan Gil from Sevilla.