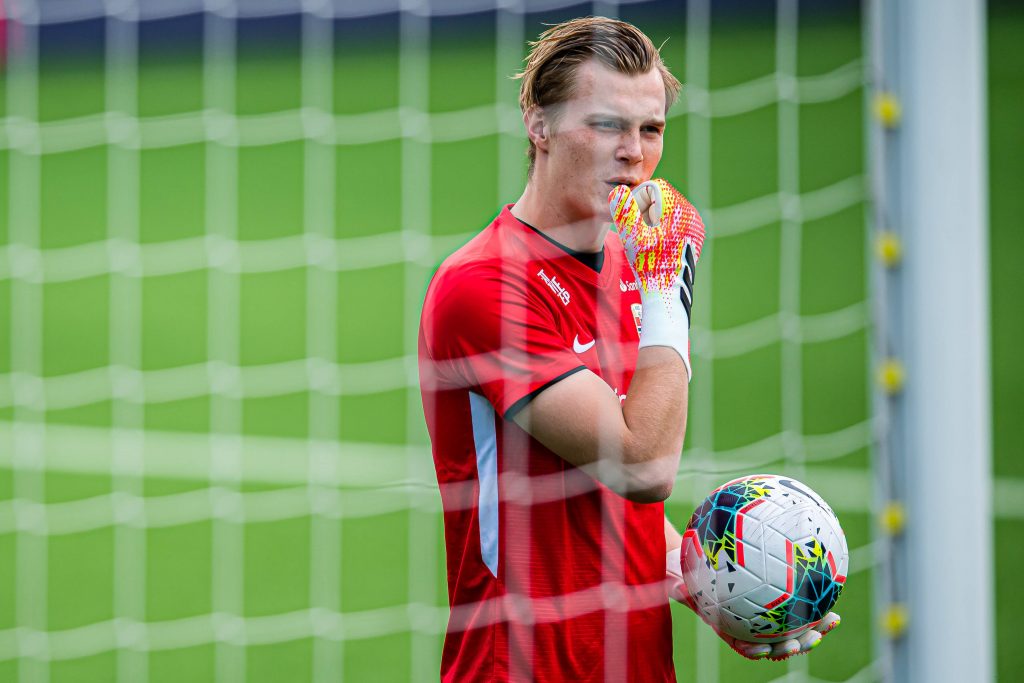 Leeds United are closing in on the signing of Kristoffer Klaesson from Valerenga.

According to The Athletic, the 20-year-old goalkeeper will fly to England for his medical next week.

Klaesson is being signed as a replacement for goalkeeper Kiko Casilla who has joined Spanish club Elche on a season-long loan.

The Norwegian is expected to compete with Illan Meslier for the starting berth at Elland Road for the foreseeable future.

The Frenchman established himself as the club’s first-choice goalkeeper last season, and Meslier will be determined to hold on to his position.

Leeds director Victor Orta met with the player and his representatives in Norway to finalise the transfer.

The move is now dependant on the Premier League club securing a work permit for Klaesson.

The Norway under 21 international is highly rated and has a big future ahead of him.

He will undoubtedly fancy his chances of overtaking Meslier for a starting berth next season.

It is unclear how much Leeds are shelling out for the goalie, but he could be a bargain if he fulfils his potential.

The Norwegian will be Leeds’ fourth summer signing after Junior Firpo, Jack Harrison and Lewis Bate.