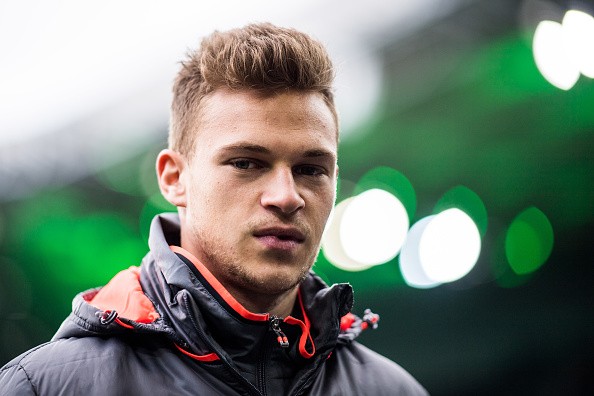 Bayern Munich – the best team on the planet? Silly question – of course they are. Last season, the Bavarians tore through the footballing world, cruising to the treble.

And, when you look at the star-studded squad they had, it’s no surprise that they conquered Europe last term.

Robert Lewandowski was the world’s top goalscorer in 2019/20, Thomas Muller set the Bundesliga record for the most assists in a season.

Thiago Alcantara dictated the game every weekend, Alphonso Davies emerged as one of the best left-backs around.

Serge Gnabry made Tony Pulis look like a mug, Manuel Neuer looked back to his very best – Hansi Flick had a world-class squad at his disposal.

However, there is one player in among all those names who doesn’t often get the credit he deserves, and that is German midfielder Joshua Kimmich.

Jose Mourinho on Joshua Kimmich: "I see him as a top right-back, left-back, centre-back, No.6, No.8, No.10… he has the qualities to be anything! I think he’s phenomenal, an absolutely phenomenal player." pic.twitter.com/no1jDyIMi2

When Thiago was sold to Liverpool in the summer, many wondered if Bayern would continue to be the juggernaut that they were.

The Spaniard was an exceptional player for the Bundesliga giants. Despite this, they look as strong as ever, and that’s largely thanks to Kimmich.

Starting his career as a right-back, Kimmich’s profile quickly grew, and it wasn’t long before he was considered one of the best full-backs in the world.

In the backline, he possessed all the relevant skills to defend well. He has since transitioned into a defensive midfield role, with Benjamin Pavard occupying the right-back spot.

In midfield, Kimmich is the main ball-winner for the Bavarians. He has won 55 duels so far in the league – a figure equalled only by Lucas Hernandez in the Bayern Munich squad.

The 25-year-old has also won the most tackles in his side, while only David Alaba and Leon Goretzka have more interceptions. All of this while committing just three fouls.

But it’s not just ball-winning where Kimmich excels. He’s also a standout when it comes to retaining possession. The German has completed the most passes in Hansi Flick’s side, 48 clear of Jerome Boateng in second.

And he’s not just taking it easy with these passes. No player in Flick’s squad has completed more long passes than Kimmich. He also boasts the most lofted passes, the most through balls, the most passes under pressure, and the second-highest progressive distance in his passes, behind goalkeeper Manuel Neuer. He comes out of all of this with an impressive 86% pass success rate.

Kimmich really is the beating heart of the Bayern team. He has the most touches, the highest progressive distance in his dribbles, and the second-highest distance ran, behind Muller.

Rather incredibly, we’re not done here. He is also currently joint-top of the Bundesliga assist charts with four, while only Muller and Leroy Sane have a higher expected assists than the midfielder at the Allianz Arena.

As for goals? The former RB Leipzig man has netted 33 professional goals, despite playing in a defensive role for most of his career.

Quite possibly the most consistent footballer in the world. 🇩🇪 pic.twitter.com/R0kT0nYIop

Class, complete, and consistent, Joshua Kimmich ranks highly in pretty much every aspect of football: as a defender, as a ball-carrier, and as a playmaker. His quality and versatility make him the perfect long-term replacement for retired legend Philipp Lahm.

He has risen to meet every challenge he has faced and has established himself as one of the world’s finest midfielders.

While the likes of Lewandowski and Muller may be grabbing the headlines, do not forget how vital Kimmich is.

(All statistics via fbref).