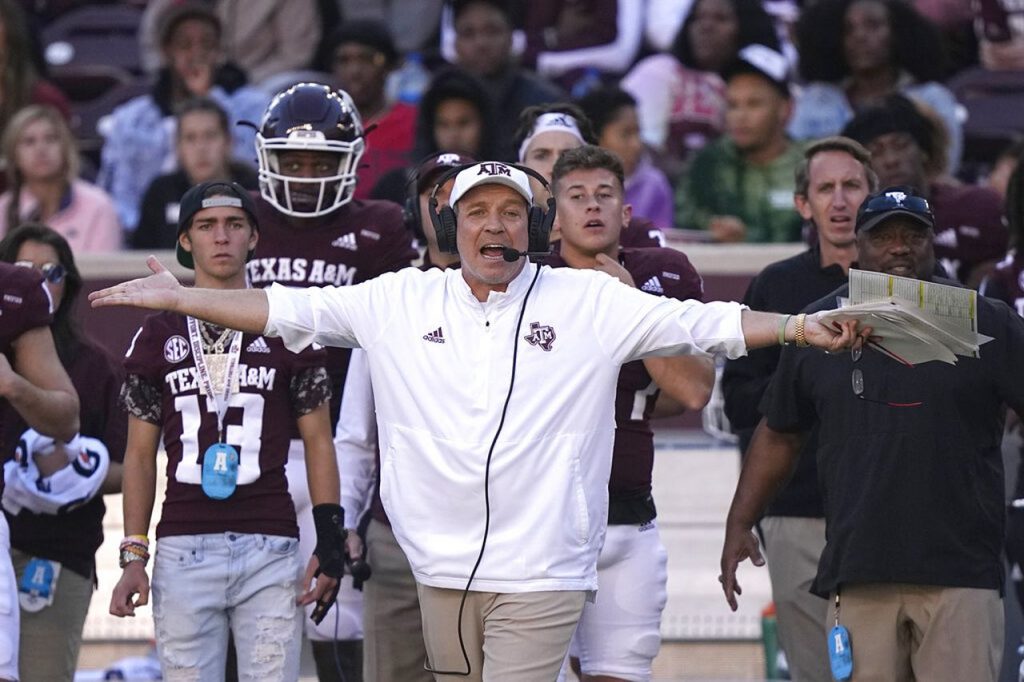 This year has been a tough one for the Texas A&M Aggies and head coach Jimbo Fisher. Expectations were high when the season started and the team was ranked number six in college football. But things did not go to plan and the Aggies are 3-4 on the season and facing a trio of injuries on their offensive line plus a few suspensions for this week’s game against Ole Miss.

As if Jimbo Fisher didn’t have enough to deal with so far this season, he’s now dealing with an injury crisis on his offensive line. Three players who have started this season will miss this week’s game with Ole Miss.

Fisher has already had to switch and swap on the offensive line this season and he attributes some of the difficulties on offense to that.

It will be a young, inexperienced front that takes the field against the 15th ranked Mississippi on the weekend.

In other bad news for Fisher, three freshmen from the number one 2022 recruiting class will also be suspended for the game.

When it rains it pours. I've been told at least three and perhaps four A&M players have been suspended indefinitely by Aggie head coach Jimbo Fisher, all from the true freshman ranks.

The three that have been revealed to be suspended are cornerback Denver Harris, offensive tackle PJ Williams, and wide receiver Chris Marshall. For Marshall and Harris, this is their second suspension of the year. They both missed the Miami game after violating team rules.

The Aggies are currently just 1.5 point underdogs for the game which kicks off at 7:30pm EST on Saturday evening. Jimbo’s seat is hotting up and he likely needs a win to stave off some pressure.