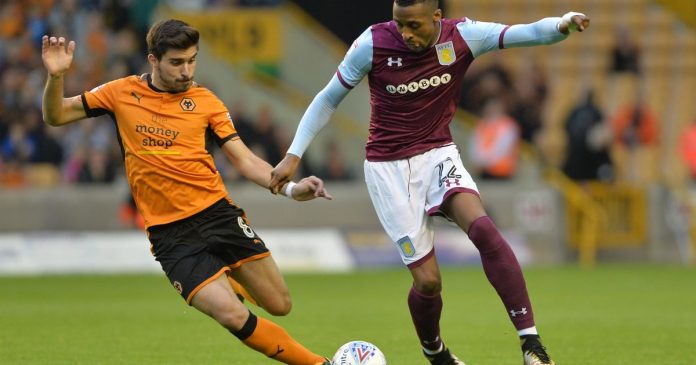 Wolves got direct promotion to the Premier League after they won the Championship title last season, and Neves was one of the players who played a massive role for Nuno Espirito Santo’s side.

The 21-year-old moved to Wolves last summer from Porto for a club record transfer fee and took no time in settling in at his new club. He made 38 Championship appearances, and was pivotal to Wolves’s game plan.

Redknapp rightly points out that Neves was their ‘outstanding’ player last season, and he is confident that the Portugal international will step up in the Premier League.

Neves showed great technical abilities with the ball on his feet – his composure, passing range and ability to control the tempo of the game was second to none.

However, Redknapp believes that he may find it tricky at this level as he won’t be afforded much time and space as he had got in the Championship.

He predicts that Wolves are going to stay in the Premier League, and adds that Neves could be set for a big move next season if he impresses this term.

“This player is central to everything Wolves do. He was their outstanding player in their promotion campaign and I’m confident he will make the step up to the Premier League,” wrote Redknapp for the Daily Mail.

“Neves likes to dictate games from midfield but he may find it tricky at first. He will not be afforded the same space he was given in the Championship.

“Nuno Espirito Santo has built a strong squad at Molineux and I don’t think they will be in any danger of going down. Impress this season and Neves could be set for a big move.”