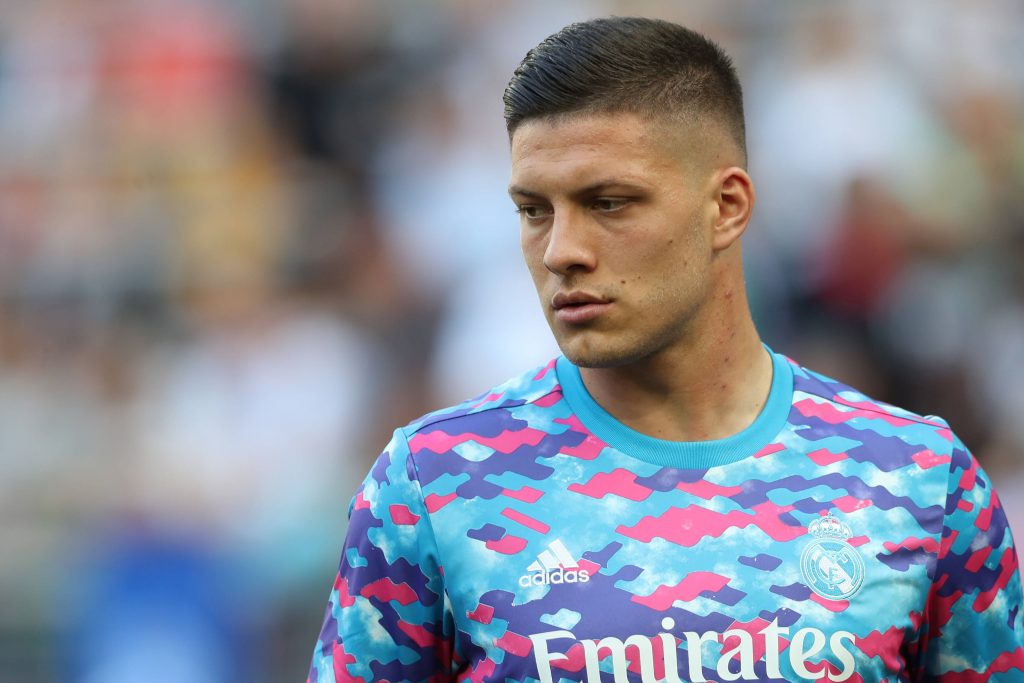 Inter Milan are eyeing up a loan deal for Real Madrid forward Luka Jovic, according to Italian publication Tuttosport (via Siempre Inter).

Jovic joined Real Madrid back in 2019 for an estimated €60 million, following an emphatic breakthrough season at Eintracht Frankfurt.

Aged just 21 at the time, it was hoped that he would be the long-term replacement for club legend Karim Benzema.

However, this hasn’t panned out. The Serbia international has made 33 appearances for Los Blancos in the last two seasons, scoring twice.

He spent the second half of the 2020/21 campaign on loan at former club Frankfurt, where he struggled to recapture his best form, scoring just four in 18.

The 23-year-old came on as a substitute in Real Madrid’s 4-1 opening day victory against Alaves on Saturday. However, it is unlikely that he will play a key part in Carlo Ancelotti’s side this term.

According to Italian newspaper Tuttosport, and relayed by Siempre Inter, defending Serie A champions Inter Milan are hoping to bring Jovic to the San Siro this summer on loan with an option to buy.

Despite winning the league last season for the first time in over a decade, this summer hasn’t been very bright for the Nerazzurri.

In addition, the future of forward Lautaro Martinez is still up in the air, with the likes of Arsenal and Tottenham Hotspur reportedly sniffing around.

Veteran striker Edin Dzeko has been signed from Roma on a two-year deal, but a more long-term option may be needed.

It’s been a difficult two years for Jovic, but he could feel rejuvenated at Inter Milan if given the chance.

He has proven in the past that he is capable of scoring goals consistently, bagging 27 in 48 in all competitions for Frankfurt in 2018/19 – including ten in the Europa League as his side reached the semi-finals.