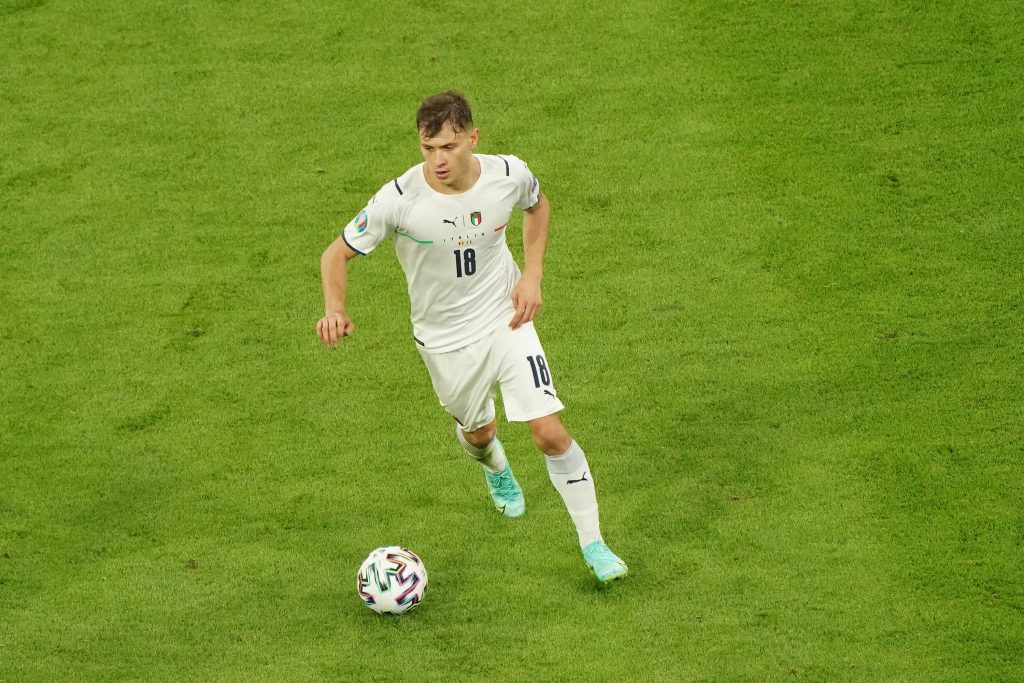 The 24-year-old joined the Serie A side in the summer of 2019 from Cagliari on a season-long loan deal with an obligation to buy.

His current contract at San Siro is set to expire in 2024 but the Italian outfit are keen to hand him a new deal.

The talented midfielder enjoyed an impressive 2020-21 season. He scored three goals and created 10 assists in 36 league appearances to help his side lift the Serie A title.

He also contributed well to help Italy win the Euros, with the 24-year-old earning a goal and two assists to his name in six matches.

The San Siro side are now set to reward his amazing performances by offering him improved terms.

They are also said to be in advanced contract talks with Lautaro Martinez who looked likely to exit the club in the summer.

Meanwhile, Marcelo Brozovic is also in line for a new deal, even though he was linked with a move to Chelsea recently.

“Barella and Lautaro will extend their contract with a pay rise, we are close. Brozovic’s contract is expiring, it will take more time, but I am confident.”

Nicolo Barella is an academy product of Cagliari where he progressed through the youth ranks to earn his league debut against Parma in May 2015.

During his time in Sardinia, he clocked up 112 appearances across all competitions, netting seven goals and creating six assists in the process (stats from Transfermarkt).