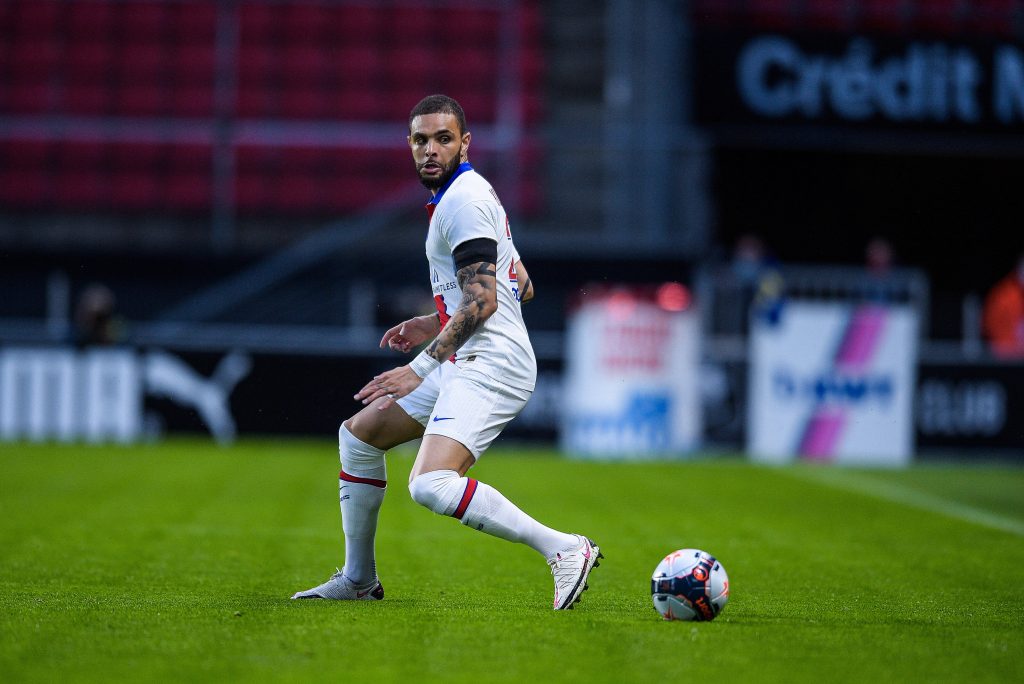 As per TuttoMercatoWeb, PSG want to offload the left-back, with the Giuseppe Meazza emerging as a potential landing spot.

The 28-year-old arrived at the Parc des Princes from Monaco in 2015 but has since blown hot and cold in the French capital, often playing second fiddle to Juan Bernat.

However, he failed to establish himself as a permanent first-team fixture last season despite the Spaniard’s long-term injury, recording just ten Ligue 1 starts.

As a result, PSG want to cut ties with Kurzawa, and they would allow him to join Inter on a free transfer to get rid of his wages.

The Italians are chasing a new left-back after Ashley Young left Lombardy for a reunion with Aston Villa earlier this summer.

The veteran was one of Antonio Conte’s most trusted allies last term, covering the left wing-back position for most of Inter’s title-winning Serie A campaign.

With Young out of the picture, the Nerazzurri need to reinforce the left flank as Matteo Darmian and Aleksandar Kolarov are the only options available to Simone Inzaghi.

Though Kurzawa could be a useful addition, the Serie A giants are keen on trying to bring Telles back before making a decision on the Frenchman.

The Brazilian spent an underwhelming season-long loan at Inter in 2015/16 before moving to Porto, where he became one of Europe’s finest left-backs.

His impressive displays in Portugal earned him a £15.4 million transfer to United last summer, but he has struggled for regular game time.

The Red Devils could be open to letting Telles leave, but they are unlikely to sanction a loan move as they need to raise funds to finance their spending spree.