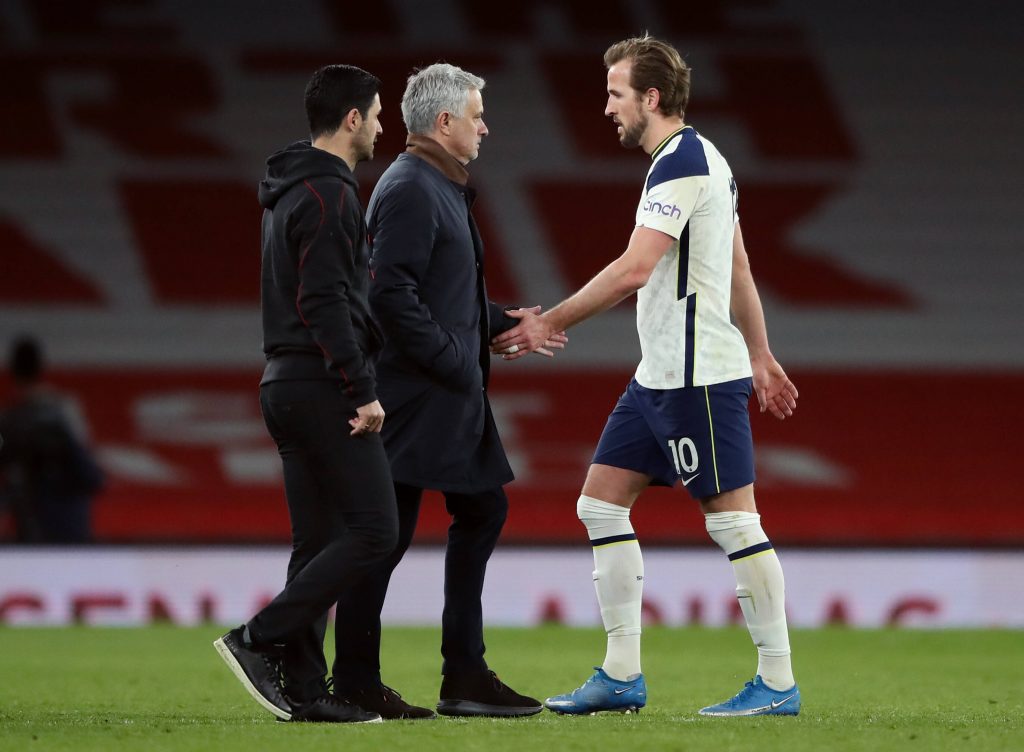 Harry Kane has revealed he was surprised by Jose Mourinho’s sacking at Tottenham Hotspur, having only been told ten minutes before it was announced.

Mourinho was given his marching orders on Monday, following the 2-2 draw with Everton on Friday evening.

That draw meant Mourinho had only picked up two points in his last three fixtures, leaving Tottenham seventh in the Premier League table.

Kane has now been speaking about his reaction to Mourinho’s sacking earlier this week.

“I was surprised (by Mourinho’s sacking) – I’ll be totally honest,” Kane explained to Sky Sports.

“I came in that morning and probably found out 5-10 minutes before it was announced.

“A lot of the focus was on the Carabao Cup final and preparing for that but, look, it’s football.

“I’ve been here now where a couple of managers have been sacked and, as a player now, I don’t think you ever expect the boss to be sacked, but it’s part of the game – you have to deal with it.

“I had a great relationship with Jose, I wish him all the best for whatever his next job is, but he knows as we know football can be cut-throat, and we just have to look forward.”

SL View – Was the timing of Mourinho’s sacking beneficial or detrimental for Spurs?

Much like Kane, it is safe to say the sacking of Mourinho took a few fans by surprise.

With the Carabao Cup final fast approaching, some would have expected that Mourinho would be in charge for that game, with a loss potentially compounding his fate.

However, Daniel Levy opted to pull the trigger early, hoping that Tottenham will benefit from the famed ‘new manager bounce’.

Mason’s appointment did provide somewhat of a bounce for the Southampton game, with Spurs ultimately coming away with three points.

However, a defeat in the Carabao Cup final could have some fans thinking, ‘what if Mourinho had still been in charge?’