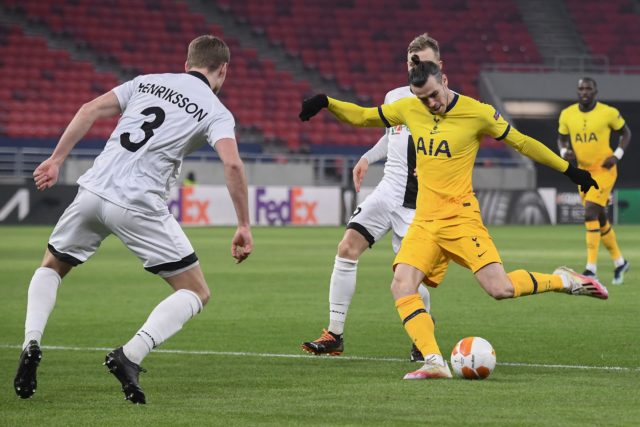 Spurs defeated Wolfsberger 4-1 in their Europa League last 32 first leg tie away from home. Jose Mourinho is pleased with the victory, and feels they have “one foot in the next round”.

Bale, the on-loan summer signing from Real Madrid, produced an impressive performance last night. The Welshman provided the assist for Son Heung-min to head in the opener and then cut inside and blasted home their second goal.

Lucas Moura added a fine solo goal before half-time. Michael Liendl scored from the spot for the hosts before Carlos Vinicius killed the game with a late finish.

Alli also started the game and looked very sharp. Former Spurs player, Roberts, was impressed with the performance of both Alli and Bale.

The Welshman, who impressed in the cameo role against Manchester City, has now produced strong back-to-back performances, reminding everyone about his class and quality.

Matt Lawton of The Times said recently that Mourinho wasn’t happy with Bale’s fitness. He looked sharp last night and he can build on from here.

The same can also be said about Alli. The England international is a top-class player but he hasn’t played much this season. However, Mourinho should look to use both Alli and Bale now on a regular basis.