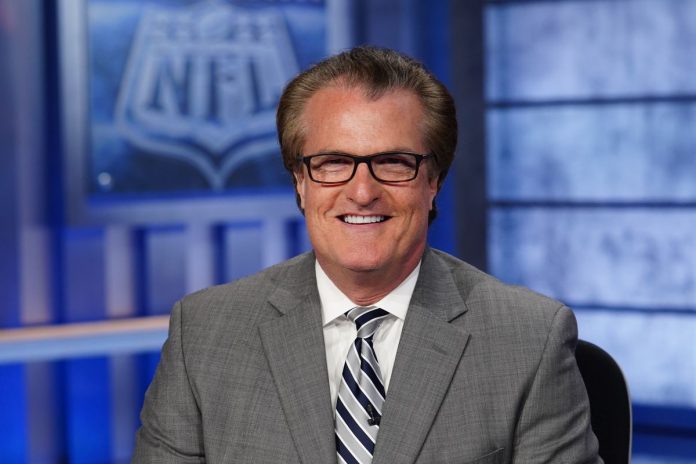 ESPN’s Mel Kiper is one of the most respected draft analysts in the business. But here at Sports Lens, we respect nobody (Editor note: The view expressed here belongs solely to the author). We are happy to tell anybody they are wrong and Mel Kiper is in our crosshairs right now after he released his updated 2023 NFL Draft Big Board. Here, we grade his latest update and offer up our 2023 NFL Draft Big Board.

Carter has been very good since coming back from his injury this season. He has three sacks in five games since he returned and he is a handful. However, putting him atop the big board is not something that we would be doing right now.

The Georgia DL has yet to declare, but is expected to soon 👀 pic.twitter.com/olcKP4EhuQ

He is arguably not even the best defensive player in the draft. Horrible start for Mel Kiper and ‘several NFL scouts’.

Kiper has got Will Anderson in the correct spot, but he has gone the wrong way about getting there. Anderson is who we believe is the best defensive player in the draft.

Will Anderson Jr. has been named the CFB Defensive Player of the Year.

The Alabama OLB is expected to be a top 5 pick in the NFL Draft 👀 pic.twitter.com/hOoLpKqycp

He lives in the backfield. Last season he recorded 17.5 sacks and he has 56 tackles for a loss in his last two seasons. Anderson can play at linebacker or on the edge. He is destined to be as big a star in the professional game as he was in college football.

Our pick: Will Anderson | DE | Alabama

Sure, some NFL suits are saying he is the most pro ready QB in the draft. But are they willing to risk their career on somebody with 19:10 touchdown to interception ratio and a middle of the pack QBR when far more accurate gunslingers are available? Go for it. Let’s see how that works out for you.

We are not really sure how to grade this. If Young is there at four in the actual draft, then the pick is an A+. However, we are grading this based on Mel Kiper’s thoughts, and if he thinks this is the correct order of talent, he is failing badly.

An anonymous NFL GM said that the Texans are going “to be taking” a QB with their first pick in the Draft.

CJ Stroud and Bryce Young are currently tied as the favorite to be the first QB selected at the Draft 👀 pic.twitter.com/DWYE4wByP3

Young was a Heisman winner last year and has a 74:12 touchdown ratio over the last two years, but sure, let’s rank Will Levis above him because he’s a bit bigger. Young is probably the most talented player in the draft and he should not be there at four.

The plan here was to do the top ten of Kiper’s 2023 NFL Draft Big Board, but I am shaking my head so much at these picks that it could possibly fall off, so this has to be the last one.

Jaxon Smith-Njigba is massively talented. He played his heart out last year despite being on a team with two NFL wide receivers in Garrett Wilson and Chris Olave. Unfortunately, this year, Smith-Njigba has missed most of the season with injury.

There are plenty of other offensive and defensive players that should be at five before him. We have him at 14 and we thought that was high. Fellow wide receiver Quentin Johnson should almost certainly be ranked ahead of him and USC WR Jordan Addison is close.

The only reason this pick hasn’t been graded F is because we are big fans of Smith-Njigba and he was our sneaky pick for the Heisman Trophy this year.