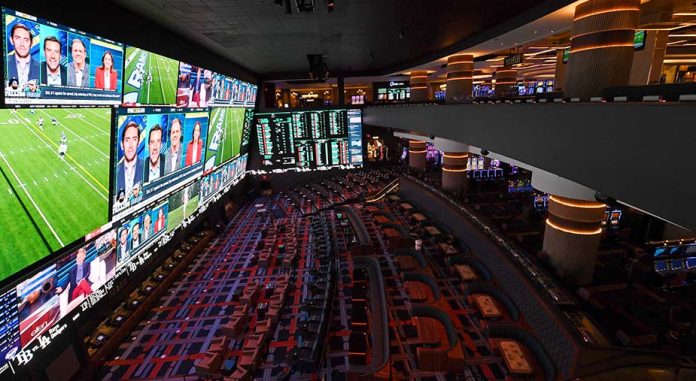 With the end of the college football season on Monday evening, attention has already turned to the 2024 College Football Playoff at some sportsbooks. Teams at the head of the College Football Championship Winner market with BetOnline include Georgia at +300, Alabama at +600, Ohio State at +800, and USC at +1200.

Georgia Has 25% Chance to Repeat According to Sportsbooks

After the Georgia Bulldogs won back-to-back CFP National Championship on Monday evening, they were quickly installed as the favorites to repeat in 2024. Sportsbooks around the globe wasted no time in pricing up the College Football Championship Winner 2024 with SportsLens favorite, BetOnline giving Georgia odds of +300 (25%) to repeat for a third consecutive year.

Following them in the market are Alabama, Ohio State and USC.  It is the usual contenders that lead the way, but this year’s Cinderella team, TCU are unlikely to do similar next year according to the odds. TCU’s odds of +5000 mean that they have just a two percent chance of following up this year’s runner-up finish with a win in 2024.

Before the game last night, TCU was tied for the most bets for next year's #CFBPlayoff winner.

Currently, they are in 9th for bet count. Wonder what happened?

With the number one recruit in the country, quarterback Arch Manning heading to Texas, their price sits at +2800 alongside Notre Dame, who will have Sam Hartman at the helm to start next season. Both teams are given a 3.4 percent chance of taking home the biggest trophy in sport according to BetOnline.

According to BetOnline‘s Dave Mason, the most popular teams being bet at the moment are Georgia, LSU, USC, Alabama, and Florida State.

If you like a big underdog, you could look at North Carolina at +10000 with superstar quarterback Drake Maye at the helm. The Tar Heels have also done good work in the transfer portal and should return plenty of starters.

Much of the same can be said of their neighbors to the south. South Carolina can look to build around quarterback Spencer Rattler should he decide to stay. Rattler has impressed over the last few games and seems to finally be finding his feet at the college level. The Gamecocks are currently priced at +15000.