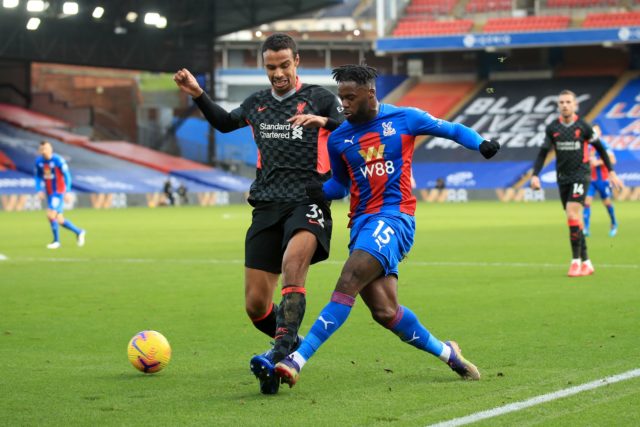 Popular football pundit Garth Crooks has showered heaps of praise on Liverpool defender Joel Matip while picking his team of the week for BBC Sport.

Liverpool won 7-0 against Crystal Palace at Selhurst Park, and Crooks was heavily impressed with the performance of Matip.

The Reds defence has been ravaged with injuries with both first-team players – Virgil van Dijk and Joe Gomez — being long-term absentees While Jurgen Klopp has used inexperienced youngsters like Nathaniel Phillips and Rhys Williams, it’s Matip and Fabinho who have played regularly for the Reds.

Fabinho – who is a natural central defensive midfielder – has been asked to play as a makeshift centre-back, and the Brazilian has been simply terrific. He has formed a solid defensive partnership with Matip at the back, and it has left Crooks really impressed.

“Matip hasn’t found it easy to settle in at Liverpool, especially since the arrival of Virgil van Dijk, but the Cameroonian looks very impressive alongside the combative Fabinho. Together, they are becoming a formidable pair,” said Crooks to BBC Sport.

“Matip is also proving to be very dangerous in the opposition’s penalty area and gave Crystal Palace nightmares on set-pieces. It was his header that provided Mohamed Salah with his opening goal on Saturday.

“Van Dijk’s absence through injury, and that of Joe Gomez, has forced Reds boss Jurgen Klopp to use Matip and Fabinho as a partnership and they have developed in areas they once struggled.”

Matip has struggled with injuries over the years, and his fitness remains a big worry for Liverpool.

In fact, this season, he has struggled with his fitness and has managed only seven Premier League appearances. He missed Liverpool’s 2-1 win over Tottenham Hotspur but came back strongly with a fantastic performance against Palace last week.

Matip is a very good header of the ball, and he has already scored a goal this season for the Reds in the Premier League.

With Gomez and Van Dijk set to miss out on a large chunk of the season, Matip will have to play a big role if Liverpool are to retain their Premier League crown.