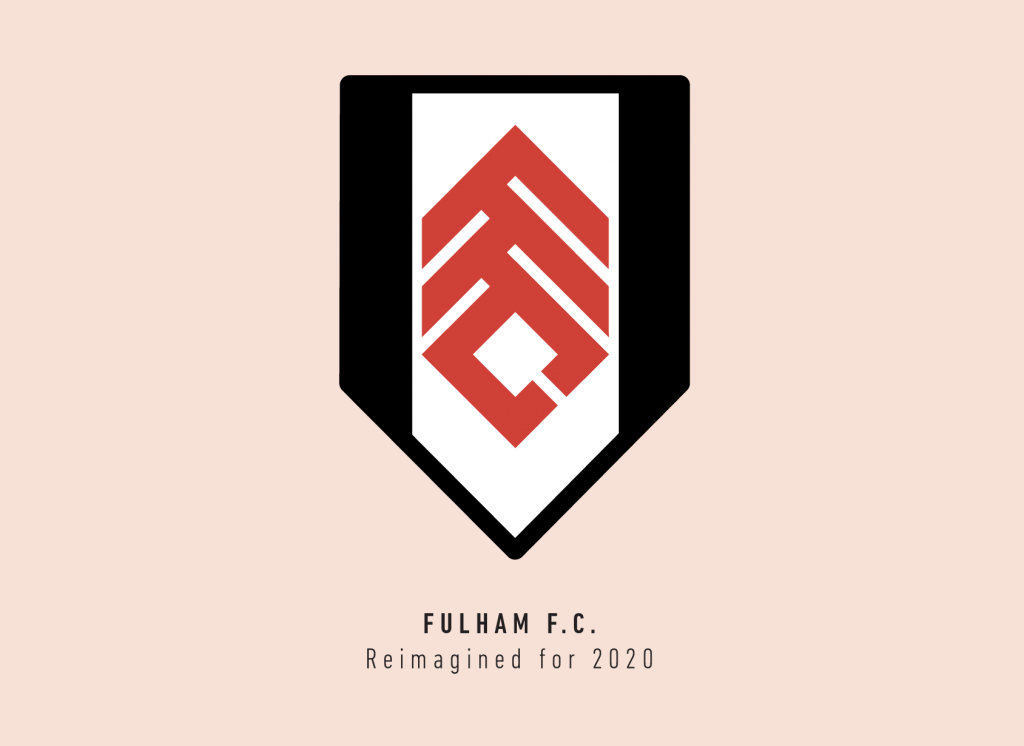 Fulham FC is one of the dozens of clubs who call London their home, and is one of the more successful ones, along with clubs like Chelsea and Arsenal. However, they are London’s oldest football club playing professionally.

Fulham FC was founded in 1879. They were originally called “Fulham St Andrew’s Church Sunday School FC”. Imagine that on a crest.

Fulham FC’s original crest was introduced in 1931 and features a black and white illustration of Craven Cottage. In 1973 Fulham FC’s crest was much more simplified, featuring just the letters “FFC”.

Sadly, that crest lasted just 4 years. The current crest was introduced in 2004 and features the letters “FFC” on a very simple black and white shield, reflecting the club’s colours.

When I started my project the 2019/2020 season was going on, and I was really excited to redesign Fulham’s crest until I realized they weren’t playing the Premier League. That is why I was very happy to know they got promoted to the first division the following season.

The current crest is very simple and modern, it was very easy for me to know what I need to do for this crest. I used a simple grid to recreate the FFC using just rectangles. It looks much more abstract and less obvious this way. To match the sharpness of the inner letters I shaped the shield in a much more angular way.

The end result is a much sharper, much more commanding crest. It almost looks like a military badge to me and has easily become one of my favourites from this project.

Being part of and playing in such a competitive city hasn’t fazed Fulham FC one bit, they just climbed back to the Premier League and are now trying to cement their place. This new crest could be part of them telling their rivals that a new era might be coming soon in Fulham FC’s history.