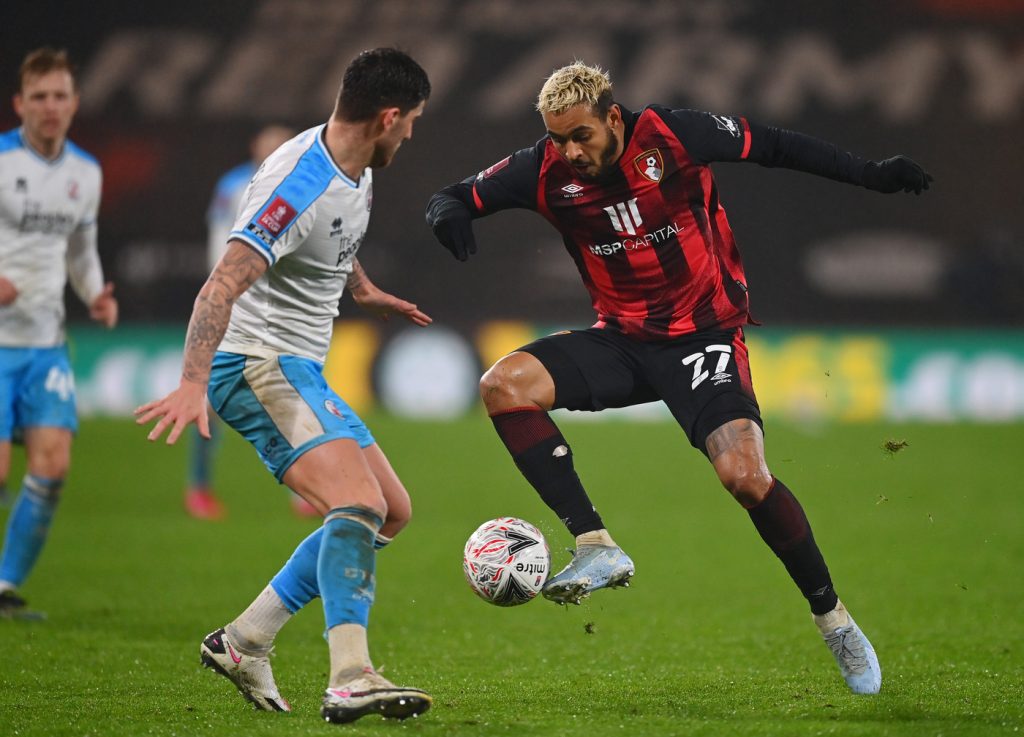 According to Football Insider, Fulham are looking to bring Bournemouth striker Josh King to Craven Cottage before the end of today’s transfer deadline.

Manager Scott Parker wants to snap up the Norwegian international in order to sharpen his side’s blunt attack, and it will be interesting to see if a deal can be completed in the coming hours.

West Ham United had been favourites to sign King, but they pulled out of talks last week and are looking elsewhere as they search for Sebastien Haller’s replacement.

They have scored just 17 goals and will need to improve in the final third if they want to play in the English top-flight next season.

With just three goals and two assists to his name in 14 appearances this term, King is not exactly firing on all cylinders at the moment.

The 29-year-old has not scored or assisted in the Championship, with his involvement in goals coming against Oldham Athletic and Crawley Town in the FA Cup.

However, with 48 Premier League goals and 14 assists under his belt, King knows all about finding the back of the net in the top-flight, and it is why he has attracted the Hammers, Manchester United, Aston Villa and Everton in recent times.

He is not in a rush to leave Bournemouth this window ahead of a potential departure as a free agent in the summer, but the Cherries are open to cashing in on him.

While the Championship side could agree a deal with Fulham, whether King will be keen to join a side that could end up playing in the second-tier next season remains to be seen, though, and it will be interesting to see how things go before 11 pm.