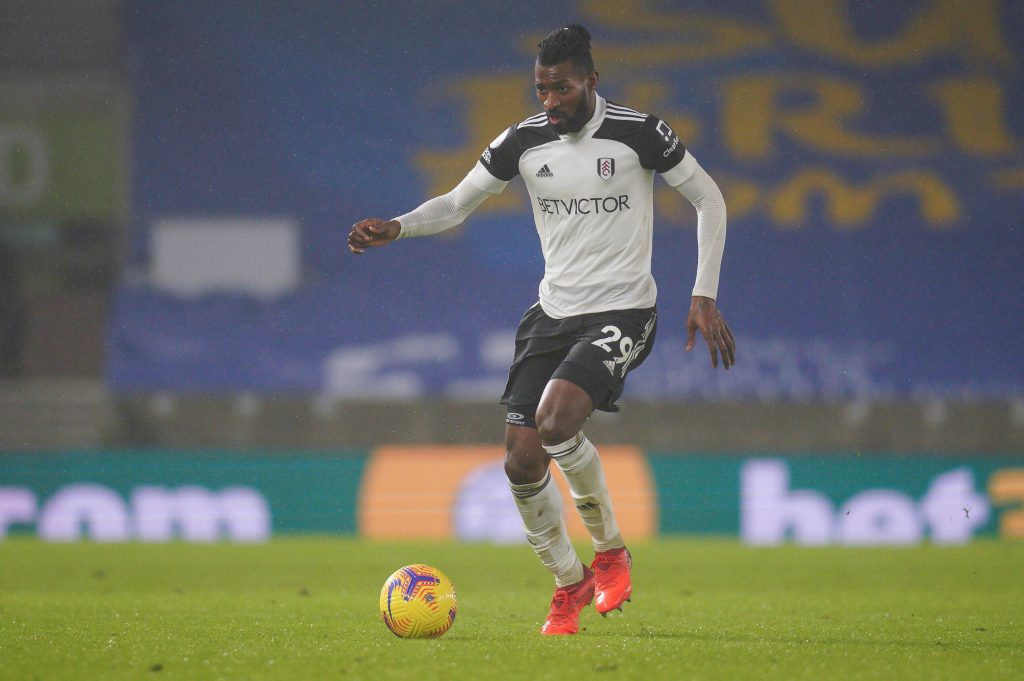 Fulham midfielder Andre-Frank Anguissa wants to leave the club and was excluded from the matchday squad against Middlesbrough on Sunday as a result, according to The Athletic.

The Cameroon international is subject to interest from clubs in the Premier League and has been linked with Aston Villa and Everton, with the Daily Mail claiming suitors would have to part with £20 million to have a chance of signing him.

Anguissa has made it clear he does not want to play in the Championship, and Fulham are expected to part ways with him if a suitable offer is brought forward.

The Cottagers co-owner Tony Khan called the 25-year-old a world-class talent after joining Fulham in the summer of 2018, and he has proven his quality despite ending the two campaigns he has spent with them in relegation.

The defensive powerhouse spent 2019-20 on loan with Villarreal and was linked with Real Madrid after the fine campaign he had in the La Liga.

While nothing has been heard of the interests from Everton and Aston Villa of recent, both teams really could do with one of the best box-to-box midfielders outside of the top-six last season.

Dean Smith’s side have the cash to spend after receiving £100m from the sale of Jack Grealish to Manchester City, and that gives them a boost in their bid to strengthen the midfield.

The Toffees also need to bring in a defensive powerhouse in the mould of Anguissa, and his style of play and dynamism can help add steel to Rafa Benitez’s midfield.

Villa and Everton aim to break into the top-six in the new season, and snapping up a quality midfield enforcer capable of protecting their backline will go a long way in helping them achieve their mission.