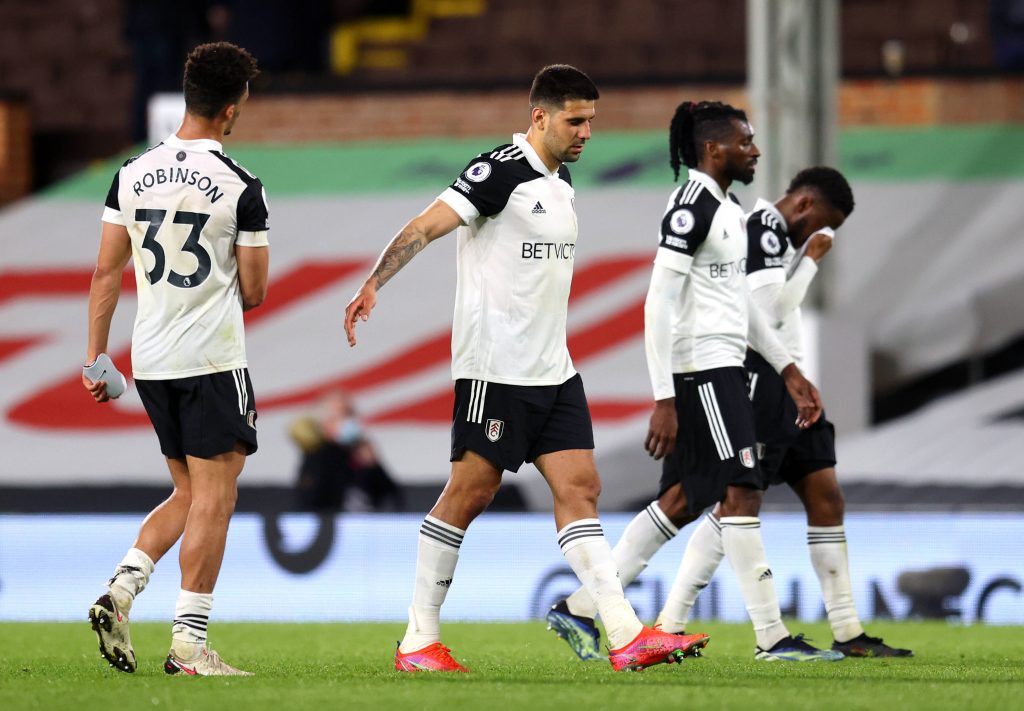 Following a 2-0 defeat at home to Burnley, Fulham’s relegation from the Premier League was confirmed.

The euphoria of August’s play-off final victory over local rivals Brentford seems like a distant memory, having sat in the relegation zone for all but four weeks of the season.

Their failure to convert draws into wins has cost them dearly. They have the joint-fewest victories in the league this season with five, while only Brighton & Hove Albion can outdo their 12 draws.

It was a worrying start for Scott Parker’s side, who had lost their opening two games against Arsenal and Leeds United, conceding seven goals in the process.

Perhaps the last thing they needed was a visit from Aston Villa, who had won three from three in all competitions.

With 15 minutes played, the visitors had already raced into a commanding lead. Jack Grealish opened the scoring, and Conor Hourihane doubled the lead.

Any hopes of a second-half comeback were quickly dashed when Tyrone Mings added a third after some frankly dreadful defending.

Three games in, three defeats, ten goals conceded. Betting sites began to pay out early on Fulham to be relegated, while Jamie Carragher also wrote them off.

Following the international break, Sheffield United and Fulham met at Bramall Lane. Neither side had registered a point yet.

The game finished 1-1, with both sides breaking their ducks. RB Leipzig loanee Ademola Lookman scored a fine solo goal for the visitors, but Billy Sharp equalised from the spot.

The first point on the board – this is a positive, right? Well, it was actually quite bittersweet, as Fulham really should have taken all three.

Star striker Aleksandar Mitrovic, who had fired them to promotion with a Golden Boot-winning 26 goals, had a shocking game.

He blazed a penalty over the crossbar at 0-0 and put a close-range header wide in the dying minutes of the match. Not to mention, it was his clumsy challenge that gave the Blades their spot-kick, which Sharp converted.

A mixed afternoon for Fulham, but a terrible one for Mitrovic. This was the earliest sign that the Serbian forward wouldn’t produce the goals that were expected of him.

Fulham’s first win came against West Bromwich Albion at the start of November, winning 2-0 thanks to strikes by Bobby Decordova-Reid and Ola Aina. Their next fixture came against fellow Londoners West Ham.

It was a quiet game up until injury time when things suddenly erupted into life. Said Benrahma set up Tomas Soucek to score what looked like the winner, but that was just the beginning of the drama.

After Benrahma was punished by VAR for a trip on Tom Cairney, Lookman stepped up for the chance to snatch a point in the 98th minute.

However, the 23-year-old squandered the opportunity after his attempted Panenka was caught by goalkeeper Lukasz Fabianski.

Fast forward to April, and things are getting desperate for the south-west Londoners. There was a little run in February where things started to look up, losing just one in seven while picking up a surprise win at Liverpool.

However, this was followed by three consecutive defeats against Manchester City, Leeds and Villa. A home game against a Wolves side with almost nothing to play for was perhaps their last chance to get themselves back in the hunt for survival.

Aside from a controversially ruled out Willian Jose goal, it was another game with little drama until injury time.

But in the 92nd minute, Adama Traore thundered a strike home from a tight angle to give Nuno Espirito Santo’s side all three points. It was the winger’s first league goal in 49 games.

Four games remaining, and Parker’s men are nine points of 17th-placed Burnley. The Clarets travel to Craven Cottage, knowing that a win will send their opponents down.

Two goals ten minutes before half time did the trick for Burnley. Ashley Westwood turned in from Matej Vydra’s low ball, and Chris Wood emphatically finished from the edge of the box on the half volley.

Fulham had a penalty appeal turned down, and Andre Franck Zambo Anguissa struck the underside of the bar, but they failed to find a way to goal to prevent their relegation.

It was a game that epitomised their season. Uneventful, uninspiring, unable to score – fitting that it would be the game to confirm their drop.