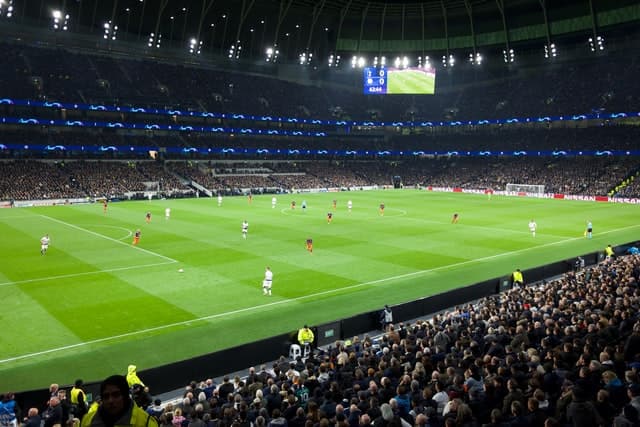 France has become the new super power in world football. During the past decade, France has produced arguably the best footballing talent, and the trend continued in 2021. According to the figures presented by SportsLens.com, French players sought the most transfer fees at $643.6m in 2021.

South American powerhouse Brazil is in the second spot. However, European nations dominate the list of top ten nationalities of footballers that sought most transfer fees in 2021.

Brazil in the second spot with 468.4m in fees 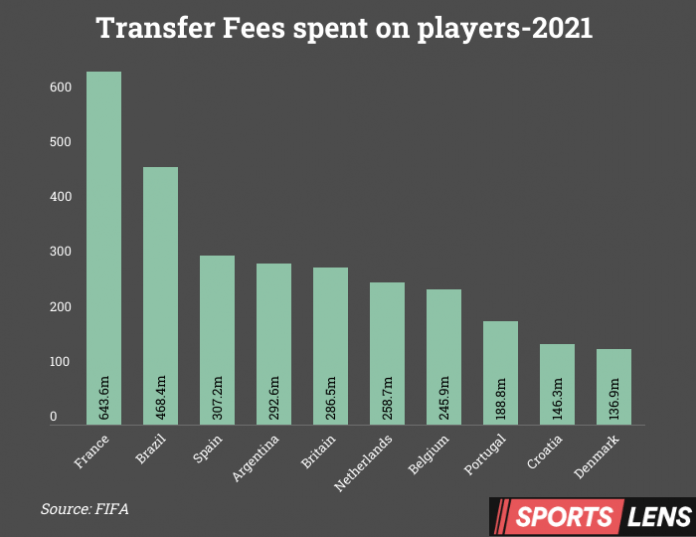 France is producing the best talent in football currently, and that is evident from the amount of transfer fees that clubs are splurging on French players. Dayot Upamecano, Raphael Varane, and Ibrahim Konate were the most expensive French players in 2021.

Brazilian players have always been in demand, but in 2021, they had to contend with the second spot. A total of $468.4m was spent on Brazilian players by football clubs in the past year. Matheus Cunha was the most expensive Brazilian last year.

Spain might have struggled in international competitions recently, but the country is still producing a significant amount of football talent. Spanish players cost a total of 307.2m in transfer fees in 2021.

Argentina is not far behind in the fourth spot with a total of $292.6m in transfer fees. The South American are the second non-European nation on the list, and the last. The rest of the list consists only of European nations. This means that eight European nations make the top ten list.

Great Britain, home of the most popular league Premier League, takes the fifth spot with 286.5m. The transfers of Jack Grealish and Jadon Sancho accounted for more than half of that amount.

Britain are followed by the neighbours Netherlands and Belgium in the sixth and seventh spot respectively. Dutch players fetched a total of 258.7m in signings and the Belgians were at 245.9m. Donyell Malen was the most expensive Dutch player in 2021. For Belgium, Romelu Lukaku’s move to Chelsea grabbed him the top spot. The list is completed by European trio of Portugal, Croatia, and Denmark.

Vyom Chaudhary, an editor at SportsLens, commented, “It’s not a surprise to see France at the top of the list. However, the absolute domination of European players, besides two South American giants, does invoke a reaction. It’s safe to say that Europe is producing the best footballing talent and European leagues are spending most of the money in transfer markets.”