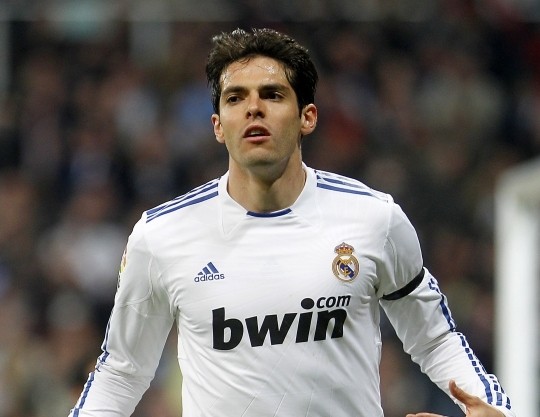 Transfer deadline day is, by far, the most exciting day of the transfer window. It’s 24 hours of drama, a day where managers can no longer make promises, drop names or hint at imminent signings – it’s now-or-never action that keeps football fans on their toes.

It’s also the day where the most money changes hands and headlines develop and are published within minutes. It’s no surprise, then, the deadline day often produces some pretty extraordinary stories with ludicrous fees and unbelievable player signings. Deadline day is a unique phenomenon in football but the kinds of deals – and the reasoning and logic behind them – is not exclusive to the beautiful game. This transfer deadline day offered five distinct kinds of deals, each unique in their own way:

The “I Have to Spend this Money” Purchase: Mesut Ozil to Arsenal

There has been pressure on Arsene Wenger to sign a player for months now. The headlines read to that affect despite the results on the field. Many players have been linked to the Gunners but Wenger didn’t pull the trigger until the final day, signing Mesut Ozil from Real Madrid for half of what Madrid spent on Bale. It was the surprise signing of deadline day but also one that had to happen. It also didn’t need to involve Ozil – it just had to involve any player of value!
Mesut Ozil signing for Arsenal is simply the case of having to spend money. Wenger had to buy a player to not only bolster his side but to appease the fanbase who had grown far too hungry for fresh talent. Years of having star players taken away from the team without similar acquisitions heading in left Arsenal supporters angry with Wenger’s signing philosophy. Luckily, Ozil is the perfect player for Arsenal and Wenger walks away with a star player added to his team, and a fanbase appeased at last.

The “I’ve Run Out of Options” Buy: Marouane Fellaini To Manchester United

David Moyes had his first chance at the transfer window with Manchester United and identified the need for a quality midfielder to bolster his new side. Many names were thrown around; Cesc Fabregas, Thiago Alcantara, Gareth Bale, Kevin Strootman, Juan Mata, Sami Khedira, Manchester United approached nine players in total but failed to sign a single one.

On deadline day, Moyes, having run out of options, turned instead to his old team, Everton, and signed Marouane Fellaini for £23 million. It’s a similar kind of signing to Arsenal, in that it was born of a need to sign someone, but, unlike Ozil’s transfer, Manchester United didn’t gain a world-class talent and instead conceded to using Moyes’ link with his former club. For a team like Manchester United, Fellaini is not the kind of signing fans were expecting, a case of too little, too late for the Red Devils.

Whether it’s a Brazilian international heading back to the sunny shores of Rio de Janeiro or an Englishman returning to his boyhood club, nostalgic signings are always prevalent in the transfer window, and, more often than not, occur on deadline day. Sometimes, they’re a result of not signing the right level of talent and turning to a familiar name to drive headlines; other times, a good deal presents itself and a former player returns to the team to help win championships.

In this case, it was both. Kaká’s return to A.C. Milan is a strong selling point for the club, since the Brazilian international remains, to this day, as one of their biggest stars. It’s also a chance for Kaká to rediscover himself, since his time at Madrid was tumultuous at best. Yet, merit alone did not bring Kaká to Milan – a level of nostalgia did. If Kaká can discover his old form in red-and-black, then Milan will have made a great signing on deadline day; more likely, though, Kaká will push shirt sales, fade away and return home to Brazil in a few years, cashing in on Milan’s feelings of nostalgia.

Step one: Identify the position you need to fill.

Step two: Identify a young, effective player who can fill that need.

Step three: Find a suitable, low number for that player.

Step five: Walk away from deadline day the only smart buyer.

Mamadou Sakho fills Liverpool’s need for a centreback to a tee. He’s the perfect signing for Liverpool, and for less than £15 million from Paris Saint-Germaine, he’s affordable, too. Liverpool walks away with the best transfer value of deadline day. They shopped smart and bought what they needed rather than on a big-name, aging, fading star.

There’s always one ridiculous transfer on transfer deadline day, and this time around, Real Madrid were involved with a massive transfer fee sent Tottenham’s way. Madrid’s world record purchase of Gareth Bale capped off a transfer saga that spanned the course of a few months this summer, and while Tottenham had already spent the £108 million and change on the likes of Erik Lamela, Roberto Soldado and five others, Madrid walk away with the biggest name between them.

Transfer deadline day meant that the Spurs and Madrid had to finally get to a resolution. There was no more time left to negotiate. Tottenham had already spent a lot of money and needed to make the signing happen. Madrid had been negotiating other deals, too. There could be no more will-he, won’t-he drama; it had to end that day, and end it did. A ridiculous amount of money has been spent on the Welsh international, bringing to a close the silly season – thank goodness we survived!