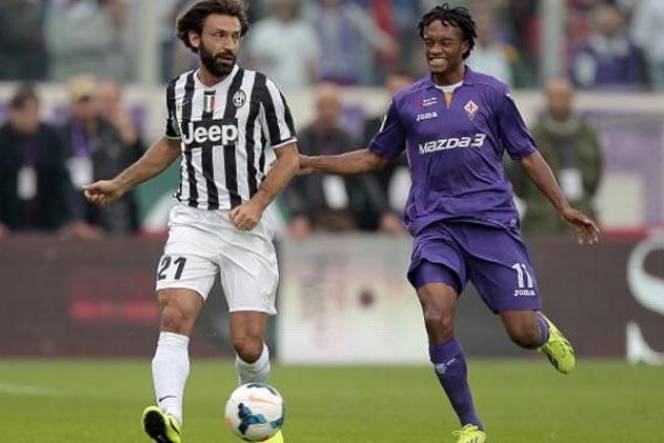 One of Italy’s fierce rivalries is set to renew hands on Friday night as Serie A leaders Juventus travel to Florence to take on Fiorentina for the first time in the 2014-15 season. Juventus have leapfrogged their rivals in recent years having won the Scudetto three times in the last 3 years and are looking well placed for a fourth consecutive triumph.

The Viola currently sit eights on the standings with 19 points, 15 behind the Bianconeri but they would draw inspiration from the result the when these two sides met on the corresponding fixture last season. The Old Lady were cruising by 2-0 but Giuseppe Rossi scored a 15 minute hat-trick to inspire Fiorentina to a resounding 4-2 comeback victory.

Rossi however is injured this time out and will have to watch from the stands. Juventus now under Massimiliano Allegri in a more compact 4-3-1-2 setup will looking to muster revenge and keep their 3 point lead over second placed Roma. Vincenzo Montella’s side will find it quite tough to overcome Juventus’ incredible form and will know that they need to give their all to match the Old Lady’s intensity.

Manchester United target Juan Cuadrado will once again be the key man for Fiorentina who are currently unbeaten in the Europa League this season. Cuadrado who had dazzled in the World Cup for Colombia was heavily linked with a move to Old Trafford in the summer. The Red Devils wer also willing to offer €40m for the winger but the player later signed a contract extension with Fiorentina. The Florence based side have won their last three matches and will be looking to keep up their good form to get a positive result in front of the home faithful.

Tactics and Analysis: Stopping the midfield duo of Andrea Pirlo and Paul Pogba will be the key for the home side. Montealla’s side will also have to keep a close eye on Arturo Vidal who is slowly but surely regaining full fitness and can be ahandful for any side when he is on song.

Fiorentina however will be encouraged by the fact that Juventus right back Stephan Lichtsteiner is suspended for the clash. Martin Caceres and Romulo’s injuries mean that Roberto Pereyra could be asked to fill the void. Despite the 23 year old being in great form, he will struggle playing out of position against Fiorentina’s left wingers. Montella should look to exploit this significant weakness.

Head to Head: Juventus have won thrice in the last five meetings, drawing and losing once. The Old Lady Lady beat Fiorentina in their last meeting in March and will be looking to do the same on Friday night. But Mario Gomez who is now available for Fiorentina, returning from an injury break could play a decisive factor in the 90 minutes. The German striker can still make the difference and has always been a big match player.

Predictions: Allegri’s side were lucky to beat Torino in the Turin derby last weekend and they have an eye in theie last Champions encounter against Atletico Madrid at home in midweek. It could be a distraction for the league leaders which Fiorentina could take advantage of. I predict a 1-1 draw.