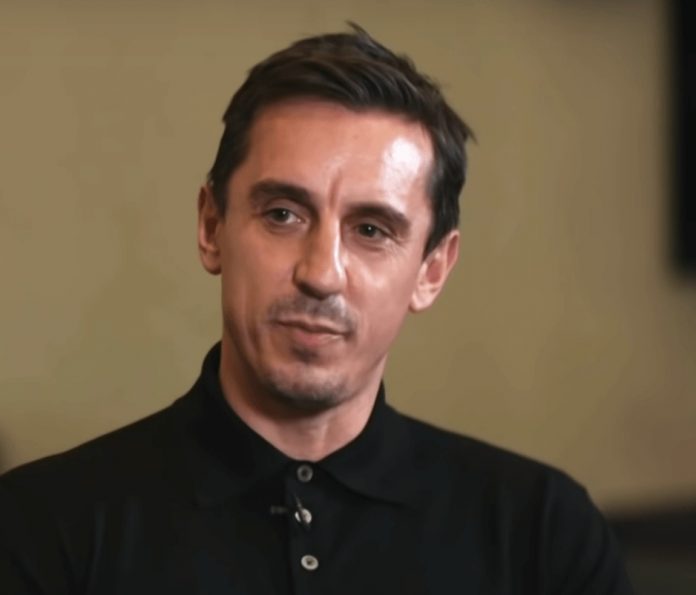 Gary Neville believes it will be difficult for Manchester United to not hire Ole Gunnar Solskjaer on a permanent basis if United continue their rich vein of form.

The Norwegian took over the reins at Old Trafford following the sacking of Jose Mourinho in December. During that period he has overseen nine games, winning eight in a row, and drawing the other on Tuesday evening against Burnley.

During Solskjaer’s tenure, United have put themselves in contention for a top-4 spot. Something that had looked increasingly unlikely under Mourinho.

The Red-Devils are also playing a style of football that appeases the fans. A more attacking impetus is being taken, compared to Mourinho’s defensive game.

Neville claims a tough decision could lie ahead

“If the Norwegian continues this winning run between now and the end of the season, he will leave United’s hierarchy with a real dilemma when choosing the club’s next full-time manager this summer”

The former England man realises United may want to appoint a big name, but knows what Solskjaer has to do to be considered for the role long-term.

“Ultimately, what Man Utd were going to do six weeks ago was to scour Europe for one of the best managers in the world to take over in the summer. And they should still continue to do that because you do not know what is going to happen in the next three or four months. But if Ole keeps on doing what he is doing – in fact, anything like he is doing – then there is a real dilemma in March or April in terms of what the club’s plans potentially were, in terms of who would have been brought in and then obviously in terms of what they may become”.

A lot depends on the entire atmosphere around the club. It has certainly changed for the better. Neville added:

“If Ole has the fans on his side, the players on his side and most importantly he has got the results to the level they have got now, then it will be incredibly difficult for the board at Manchester United to look anywhere else”.

A long way to go

Neville makes a good point. It will be difficult to not consider Solskjaer. However, there is a lot of football to be played between now and the end of the season. Solskjaer has made a dream start, but there is a lot of hard work lying ahead.

Next up is a trip to Leicester on Sunday. If results go United’s way, they could be in the top-4 by Sunday evening.