Everton got back to winning ways following Saturday’s shock defeat at Milwall thanks to a 1-0 win at Huddersfield.

It wasn’t the prettiest of victories against the bottom club, but an extremely welcome boost for Toffees fans.

The solidarity goal came early on. Some great work from Bernard saw Tom Davies, who impressed throughout the game, get to the byline to cut it back to Richarlison. The Brazilian saw his effort stopped by Jonas Lossl, but the ball went straight back to Richarlison to prod home.

The return to Premier League action of Leighton Baines from injury was cut short as the left-back left the field after struggling with a knock. Lucas Digne was the replacement, but only 11-minutes later the Frenchman was given his marching orders after impeding Adama Diakhaby.

The sending off was a huge boost for the home side. Aaron Mooy forced a good save from Jordan Pickford from the resulting free-kick. Soon after Steve Mounie headed wide.

Despite plenty of possession, The Terriers didn’t really trouble the Everton goal as much as they should have done, as The Toffees stood firm to record a well needed victory.

Here’s how Everton fans have reacted. Many are keeping their feet on the ground. Meanwhile others are simply relieved to be back to winning ways. 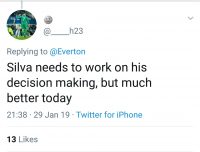 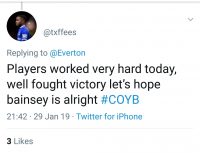 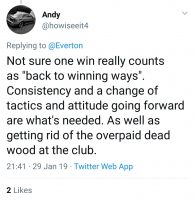 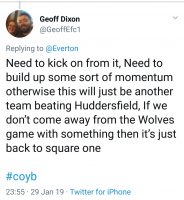 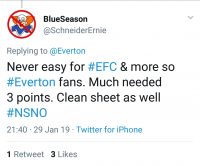