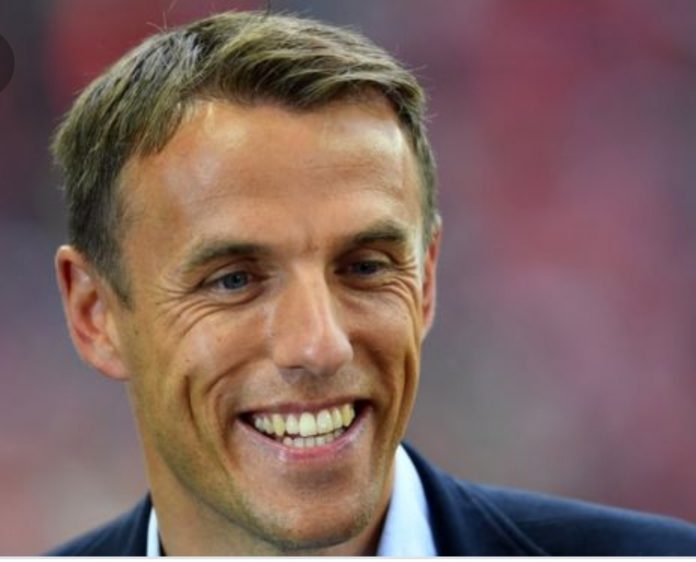 It was a tough evening for Manchester United at Old Trafford last night. Some will call it a wake up call as Ole Gunnar Solskjaer saw his unbeaten start brought to an abrupt end.

Paris Saint-Germain were simply too good on the night, showing desire and belief that they might finally conquer Europe.

Ex-United defender Phil Neville feels United need to be realistic while assessing how far they have come with the Norwegian in charge.

“I think we have to accept that United are not good enough, and move on”.

Despite the obvious disappointment, Neville feels Solskjaer is the right man for the job after the huge improvement made at Old Trafford since his appointment.

“I think Ole should get the job on a full-time basis based on what he has done since taking charge – not just with his fantastic results but because of the way he has changed the whole outlook of the club”.

No improvement at the highest level

Neville feels despite the upturn in form. On a European level they are in exactly same place as they were under Jose Mourinho. Last night’s result proved how much The Reds need to improve to compete at the highest level. He said:

“It’s a reminder of how far this United team is from being a side that can win the Champions League. I thought that after they lost to Juventus in October and, although they now have a different manager, as a team they are still in exactly the same place, which is well behind the leading European sides”.

The former England man was quick to identify the difference between the two sides. Giving an indication of what United need to change before being considered a European heavyweight again.

“I think the best way to illustrate where United are in comparison to the leading European clubs is to ask which of their players would get in a full-strength PSG team, when Neymar and Edinson Cavani are available. I would say a maximum of two – Pogba and David de Gea – which tells you how far United are away from mounting a serious challenge in the Champions League”.