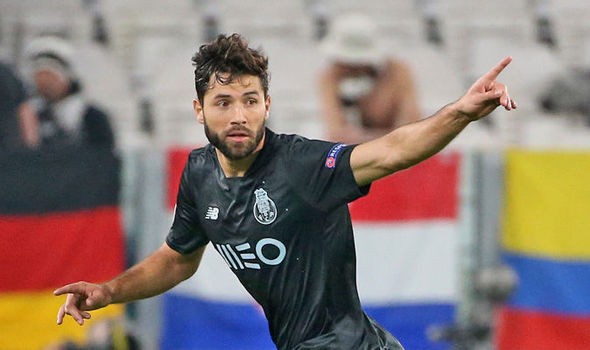 Real Madrid defender Pepe is expected to leave the club this summer and Los Blancos have identified a replacement for the Portuguese international.

Porto centre-back Felipe Monteiro is in line to replace Pepe at Santiago Bernabeu this summer.

According to Spanish newspaper AS, the Real Madrid hierarchy have already held discussions with Monteiro’s agent Giuliano Bertolucci and Los Blancos have reached a verbal agreement for the 27-year-old to move to Madrid for next season.

The La Liga leaders have suffered from the lack of defensive depth at times this season and it is clear that Zidane wants to strengthen his back four in the summer. The report from AS adds that Zidane has already approved the move and wants Monteiro at the club next season.

It will be interesting to see how Porto deal with this situation now. Monteiro wants to join Real Madrid and therefore the logical situation would be to negotiate a reasonable fee with the La Liga giants.

The defender has a €50 million release clause, but AS believe that an offer in the region of €25-30 million should convince Porto to do business. The Portuguese outfit have to repay a €100-million debt during the summer and therefore they are likely to accept a knockdown fee for Monteiro.

Felipe has a contract at Porto that runs until June 2021 and has established himself as a key player at the club. His speed, aerial prowess and physical power could make him a huge asset for Real Madrid. His performances for Porto this season have earned him his first-ever call-up to the Brazil national team as well.